politicamentecorretto.com
Home Cultura Life as a “continuum” and the formation of calendars – La vita... 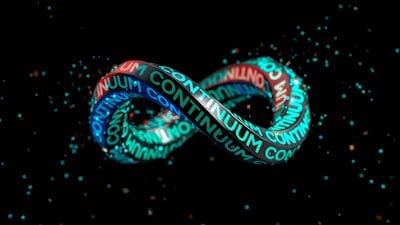 The counting of time and the birth of calendars is a purely conventional operation based on the idea of wanting to provide substantiality to an event considered particularly important for a given civilization which – from that moment – sanctions its flowering. In fact, we know that there have been and exist various calendars, each with its own particular beginning. Some beginnings were more significant and have persisted over the centuries, while others were ephemeral and ended after a short time, just think for example of the fascist calendar .. which lasted a few decades.

In remote antiquity, when man recognized life as a continuum, with no apparent beginning or end, the calculation of the passage of time was imagined on an elliptical scale that repeated cycles and seasons according to an order established by nature. Therefore, the calendar did not have a real beginning but maintained the descriptive function of the repeating natural cycles – albeit with very slow variations – (see the times of glaciations and inter-glaciations). This “circular” calendar was absolutely useful for the knowledge of what was happening on earth and for the regulation of the appropriate actions, the optimal moments to perform certain acts (sowing, travel, parties, etc.). In this system, therefore, time was considered as a sort of permanent flow in which situations derived from nature were repeated and – as happens when observing the repetitive unfolding of animal and plant life – perhaps based on different stages and situations of an all-encompassing Being called “Mother Land”.

Obviously with the passage of time, with the affirmation of theocratic civilizations and empires, or starting to establish the emergence of peoples and nations, here came the habit of giving a specific beginning to time, from that moment the calculation became “linear”. But – as we said above – there were many beginnings and each competing with the other … Surely the oldest calendar still in force is the Indian one which dates back to many thousands of years ago, but the Indian system is based on epochs (yugas) that return and each epoch lasts for thousands of years (this one in exhaustion is the Kali Yuga). We can see that some calendars, albeit quite ancient, – for example the Egyptian or Sumerian-Babylonian one – slowly disappeared with the cooling of the stimuli and the political and cultural influence of its founders. The Jewish calendar has somehow remained, despite being one of the most recent in the ancient world for two substantial reasons. The first is that this calendar is based on an imaginary creation of the world, which took place on 6 October 3761, which in truth corresponds to the birth of the concept of belonging to a specific people (precisely the Jewish one), which maintained its identity over the centuries through the compactness of their genetic characteristics (Jews are only Jews and do not mix with other ethnic groups). The second reason is that this calendar was maintained, albeit revising it with a new beginning, by the subsequent “culture” defined as Christian. 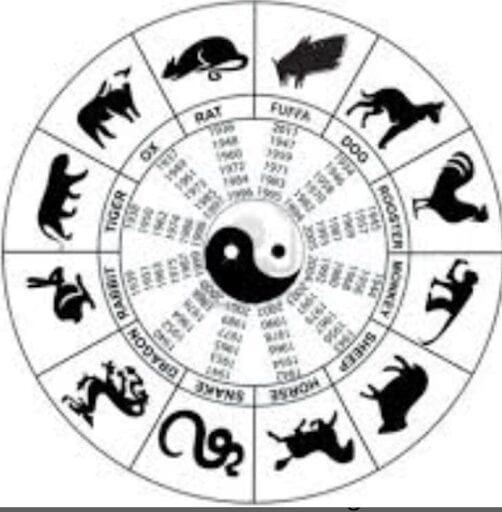 Let’s leave aside gender connivance between Jews and Christians for a moment and try instead to understand how a calendar is established. For example, the Chinese lunar cyclical calendar, based on a simple circular calculation of the mixture between five primordial elements and twelve psychic archetypes, can be traced back (so to speak because at that time and in that place they did not even know the existence of Palestine) to the year 2.637 BC. The fact that, as reported by the historical chronicles – the starting moment corresponded to the 61st year of its founder, the emperor Huang, and since a complete cycle (which touches the 5 elements and the twelve archetypes) is exactly 60 years (12 x 5), we can assume that that beginning was consequent to the awareness that there had been previous beginnings in the past (following countless others). In fact, to establish a beginning in a circular calendar, you obviously need to be aware that you are already within a sequence .. so that beginning is only a pro-forma to “give value and practical substance” to the chosen calendar. 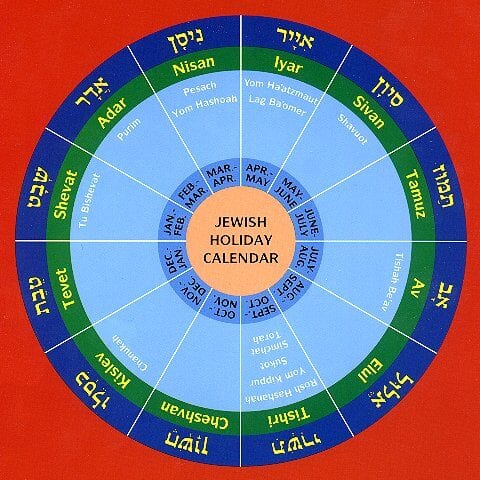 An interesting detail of the Chinese calendar is that it is based on a series of contiguous and similar, but increasingly larger wheels or gears .. Not wanting to go down or up too much, I will say that the day is like a wheel divided into twelve minor periods, let’s call them ” teeth “or segments of a small gear, this gear then joins (by its own motion) to the next” temporal set “defined as the lunar month which in turn contributes to creating a year, the year becomes the” twelve-year “which, together to the different archetypes, it bites into the next cycle of 60 years and which in turn forms new and ever larger and more lasting cycles… all positioned along an eternal spiral. In short, try to imagine the gears of a huge clock from the smallest to the largest continuously and constantly connected and repeating themselves in the various processes (I know it is not easy to imagine it since it is an idea we are not used to ..). But what I wanted to mean with this speech is that the emperor Huang established in a formal and conventional way, in the form of a beginning, a calendar that was evidently in vogue since time immemorial in that part of the world (in fact the archetypal “Chinese” calendar it is accepted and used throughout the Far East, from Siberia to Mongolia, from China to Japan, etc.).

Let us now return to the linear calculation and above all to the consideration of the hypothetical beginning of our Christian calendar. But before we get there, let’s examine the calendar in force during the first centuries of the so-called “Christian era”. Rome was founded, it is said, in the year 753 BC, doubt is a must since as we have seen in the case of the Chinese calendar, Rome also had to pre-exist in order to have its inhabitants say that it was founded … In short, in 753 BC. Those who will later be the Romans decided that Rome was officially born and from which moment the calendar of the Roman era was born … Even with that beginning also for the Romans the calendar was originally a “circular” means to calculate the sacral acts and worldly that characterized social life, in fact there is an ancient Roman calendar of which an edition has been handed down to us, the author of which “would be” a certain Dionysus Petavius. And here we see that the name already reveals something … Dionysus is the very remote God identifiable with Shiva who belongs to the Indo-European ancestral tradition and petavius (from Sanskrit peta) means ancestor. Therefore it is easy to deduce that it is a calendar handed down from illo tempore and then officially “codified” with the “foundation” of Rome. And now let’s consider what happened around the year one thousand in Rome, in that period two contiguous and consequential facts were maturing. Rome following the imperial expansion and the continuous mixing of cultures had lost most of its ancestral traditions, the religions within the empire were multiple and often in contradiction and conflict with each other. The Roman power had tried to unify politically the various populations of Europe, Africa and Asia, which were part of its boundless domains, through the imposition of a political and military administrative unity, leaving however – to soften the narrow – wide freedom of religious worship and customs and customs to various peoples.

During the third century AD. C., corresponding to the year 1000 of Rome, a cult of Jewish origin had been consolidated, derived from the sect of the Essenes, which unlike the Jewish tradition accepted converts within it, without these necessarily having to be of Jewish origin. This new method greatly favored the development of the nascent new religion in the Empire, especially among the poorer classes, since among the first Christians – as among the Jews and among the Essenes – there was the practice of mutual assistance and solidarity between co-religionists (the same ancient method of mafia and related). With the progressive impoverishment of populations and the disintegration of temporal power, the only link that united the Roman world was the sharing of the new religious belief, from that moment defined as “Christianity” ….

It should be noted that Christianity began to have the most virulent spread around the year one thousand in Rome (hence the idea subsequently reported also in the Middle Ages of a thousand and no more a thousand). It should also be noted that at the time of the Council of Nicaea (in 325 AD, the year of Rome 1078) a certain date on the hypothetical birth of Christ was not yet known or could be indicated … And the official departure of the new Christian calendar took place not before 5th or 6th century AD C. when a conventional date was established for the birth of Christ, setting it precisely at the 753rd year of the foundation of Rome (corresponding to year 1 of the new era). After the collapse of the temporal power of Rome in the known world, its religious primacy remained in the form of Christianity with the new calendar. Among other things, this calendar served enormously for the expansion and affirmation of Christianity, placing itself as a recognized community binder also among the new barbarian populations that slowly occupied the borders of the former empire or in the new states that rose beyond those borders, to the east. … .. In short, the Christian calendar was and still is – as Latin was previously and as English is today in the world – an element of cohesion and imposition of a culture. In fact, the Christian calendar is nowadays used by custom all over the world (even in non-Christian countries which are also the majority).

But the calendars have changed for ancient civilizations they will change again, no doubt,

What will be the new calendar for humanity in the millennia to come? Perhaps the identity with the very existence of life on earth will bring humanity back to the consideration of circular time and perhaps for future calendars it will no longer be necessary for them to go on with the numbers starting from … .. to finish it is not known when … . 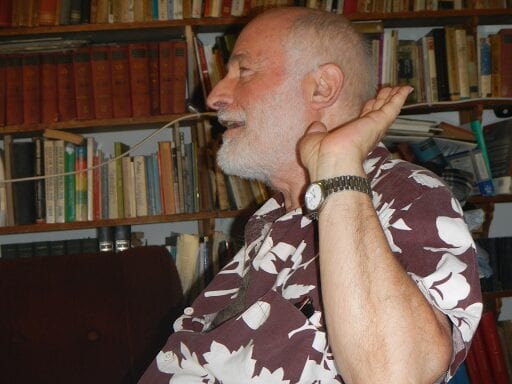