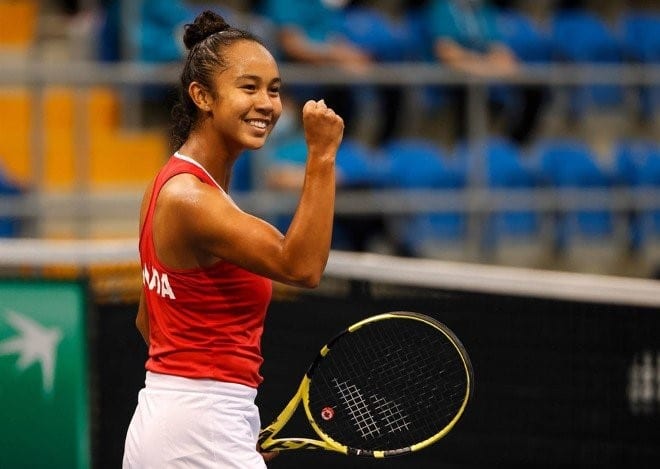 Canada’s Leylah Fernandez has seen off competition from Katie Boulter, Magdalena Frech and Elina Svitolina to be voted the Heart Award winner from the Billie Jean King Cup by BNP Paribas Play-offs.

Fans were invited to vote for their winner of the first Heart Award under the competition’s new name, with the winner receiving $3000 to donate to a charity of their choice. Fernandez has chosen Table de Concertation en Sécurité Alimentaire de Villeray, based in her native Montreal, which co-ordinates initiatives to tackle poverty and hunger in the district of Villeray.

Leylah Fernandez reacted to the award saying: “I am honoured and so thrilled to win this year’s Billie Jean King Cup Heart Award. Thank you so much to the fans who voted. It means the world to me to represent my country and be part of an incredible team. Congratulations to all of the nominees. After such a challenging year for all of us, it’s amazing to be given the opportunity to celebrate kindness and pay it forward. Thank you very much. Go Canada Go!”

Now in its 12th year, the Billie Jean King Cup Heart Award recognises players who have represented their country with distinction, shown exceptional courage on court and demonstrated outstanding commitment to the team during Billie Jean King Cup by BNP Paribas. To date, award winners have donated over $200,000 to charities worldwide.