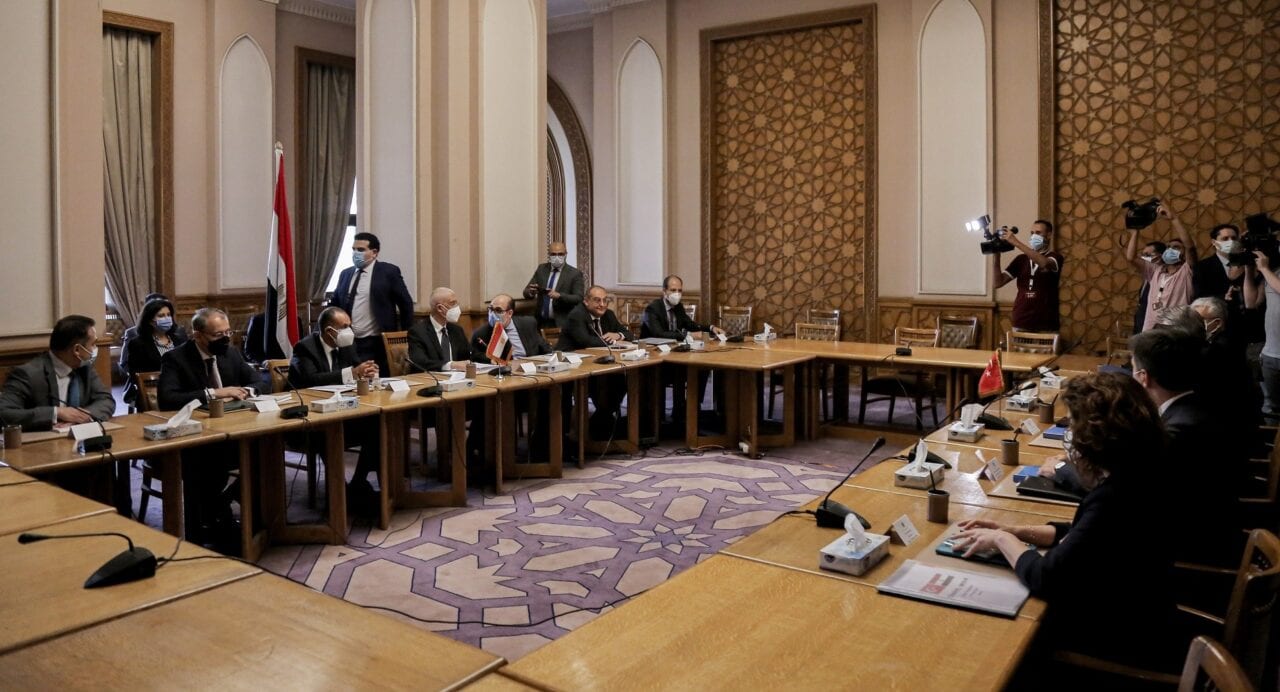 The MED This Week newsletter provides expert analysis and informed insights on the most significant developments in the MENA region, bringing together unique opinions on the topic and reliable foresight on future scenarios. Today, we focus on Egypt and Turkey, whose latest attempt to repair their long strained bilateral relations may have ramifications across the MENA region.

In early May, Egypt and Turkey met for a two-day, high-level summit. During the conference, their Deputy Ministers of Foreign Affairs and respective diplomats discussed multiple open files to explore ways to normalize bilateral relations after eight politically tense years. Bilateral ties between Ankara and Cairo grew tense following the 2013 ousting of the democratically elected Egyptian President, Mohammed Morsi. On top of its tangible outcomes, the summit also represents an important step forwards as regards a possible reconciliation between Egypt and Turkey, which could, in turn, significantly shift the region’s diplomatic balance. After all, this rapprochement – to which Turkey seems more committed – comes at a crucial time for a number of regional balances. On the one hand, Ankara is looking for a way out of its current diplomatic isolation. Following the rapprochement between Doha and Riyadh and the recent openings in the Teheran-Riyadh dialogue (via Baghdad), Erdogan is reassessing his diplomatic strategy. On the other hand, the threat of a looming economic downturn is pushing Ankara to explore new trade opportunities. Turkish Foreign Minister Mevlut Cavusoglu’s recent visit to Saudi Arabia seems to confirm Ankara’s new trade vision, as did the Minister’s call to his UAE counterpart, Abdullah Bin Zayed Al Nahyan – their first conversation since 2016. Despite the promising nature of these latest developments, several fractures remain unsettled, including the issue of Libya and the Eastern Mediterranean. As such, the path towards reconciliation between Turkey and Egypt appears fraught with uncertainties.

Experts from the ISPI MED network react to the recent thaw in Turkey-Egypt relations.