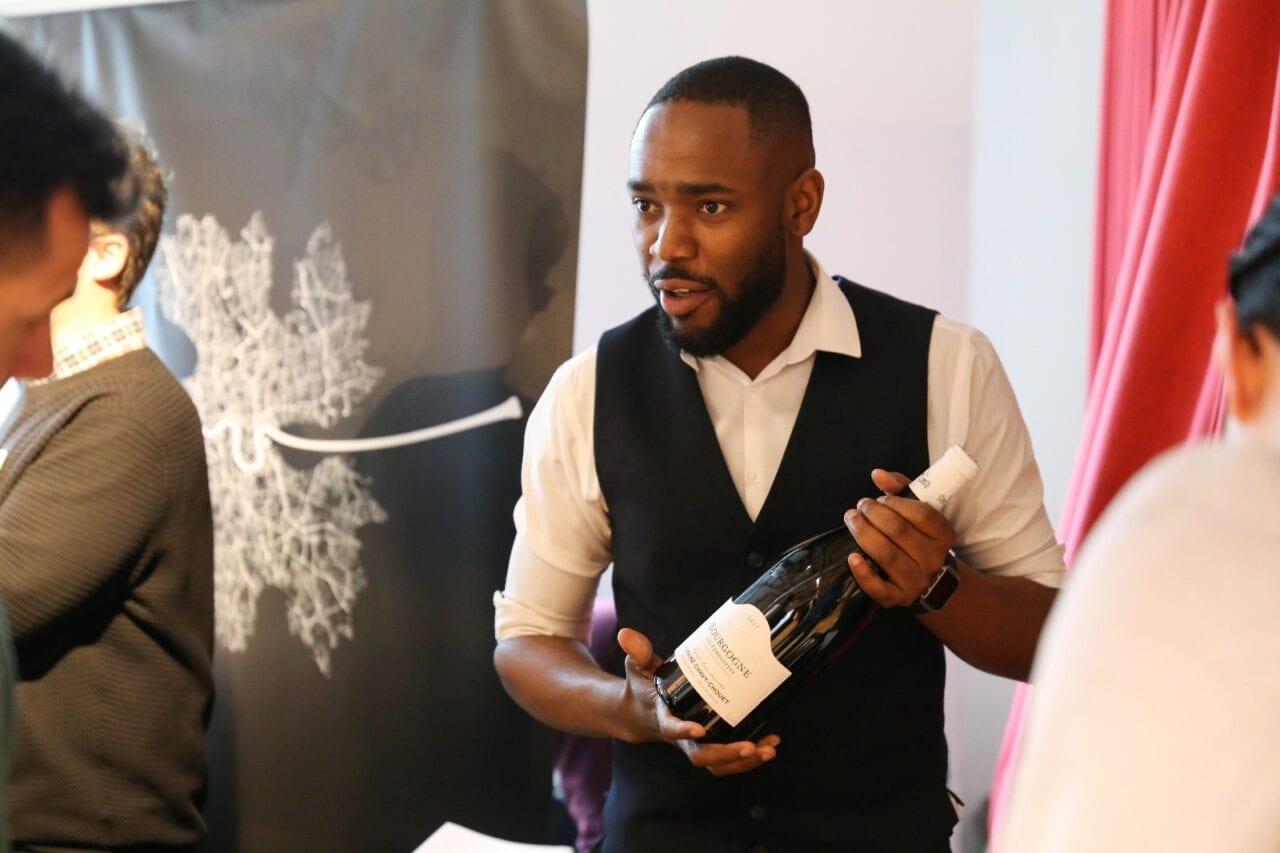 full costs of tuition, examination and tastings incurred by the student studying for these programmes. The scholarships are being funded by The Gerard Basset Wine Education Charitable Foundation from monies raised at The Golden Vines™ Awards Ceremony & Dinner to be held at Annabel’s Private Members Club on Thursday 7th October 2021.

The winner of The Golden Vines™ Masters of Wine Scholarship is Mags Jango DipWSET, the British founder of MJ Wine Cellars and bamewineprofessionals.co.uk

Mags’ wine journey began in 2009 when he chose to take up a role at his local Waitrose after completing A Levels. He earned the Level 2 and 3 WSET Awards in Wines during his time there, as well as the Level 2 WSET Awards in Spirits. In 2014, he decided to study for the WSET Diploma and accepted an on-trade sales role with Winetraders UK. In 2016, he completed the WSET Diploma with Merit. He then qualified as a WSET Certified Educator the following autumn and became an external Educator for the WSET School in Bermondsey, as he continued to build sales experience. His most recent venture, MJ Wine Cellars, focuses both on creating brands for UK retailers, and on importing niche, small batch, hand-crafted wines.

Jancis Robinson OBE MW, the Lead Judge, commented: “Because I knew Mags personally already, I let my fellow judges assess Mag’s suitability. They were unanimously impressed by his drive, determination to fill the gaps in his knowledge, and by what he has achieved to-date, both as an educator and someone determined to enrich the ethnic mix of those involved in wine and hospitality.”

Mags Jango DipWSET stated: “I am delighted and honoured to be awarded this prestigious and highly sought-after award. Having spoken with fellow applicants, I am certain that all would have been worthy recipients of the Golden Vines™ Masters of Wine Scholarship. I am under no illusions as to the size of the task ahead, and look forward to repaying the confidence of the judges and The Gerard Basset Wine Education Charitable Foundation through hard work and dedication.””

The winner of The Golden Vines™ Master Sommelier Scholarship is Winnie Toh, an Asian 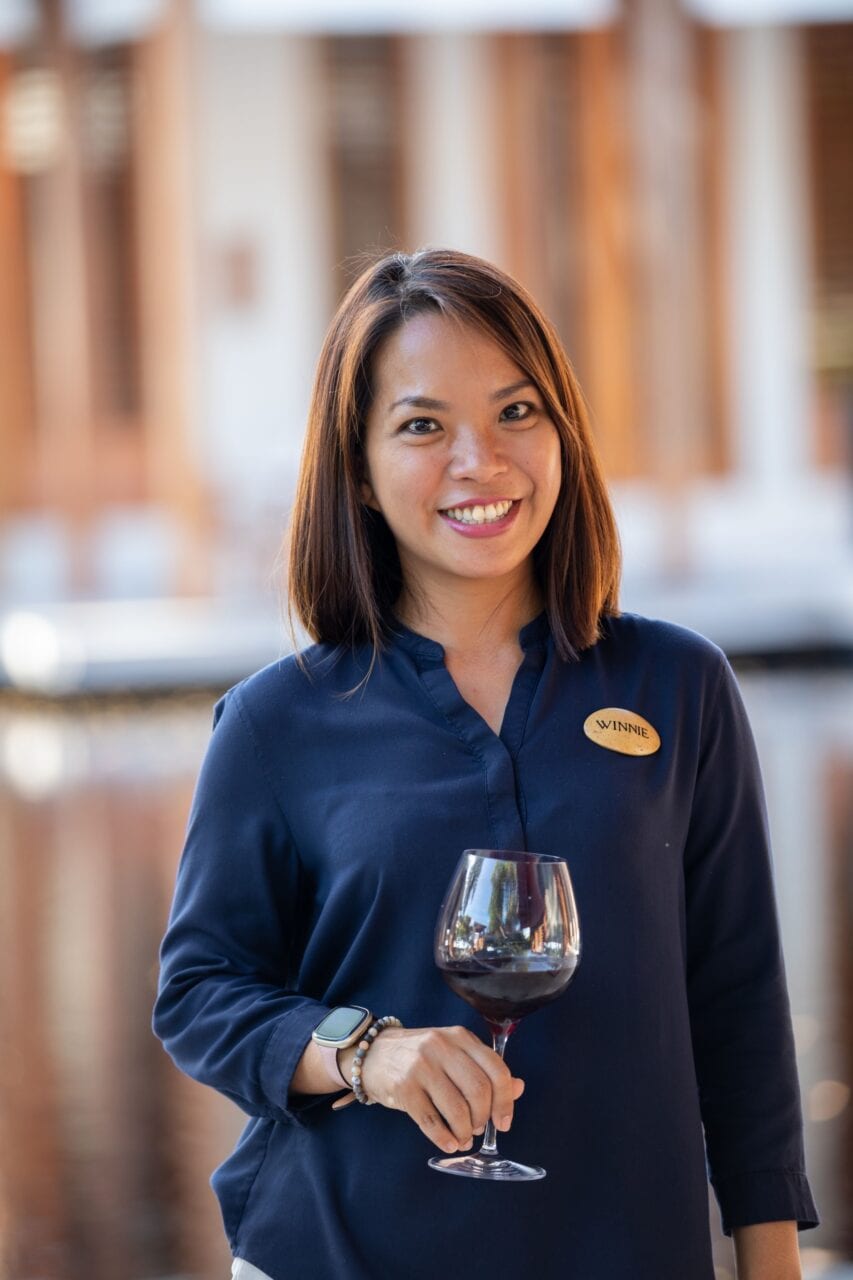 Advanced Sommelier Certificate holder (The Court of Master Sommeliers Europe) sommelier from Singapore working at the Aman Hotel in the Turks & Caicos Islands.

Winnie is originally from Singapore and considers herself a world citizen. She is currently the head sommelier for Amanyara in Turks and Caicos. She takes pride in managing the resort’s extensive wine list, featuring sustainable and iconic wines of the world. Prior to being between sand and seas, Winnie began her career at the historic Raffles Hotel in Singapore where her passion for wine ignited, and has since travelled and worked across continents. She is currently preparing for the MS diploma, and believes faith, grit, humility and a loving community are her guiding torches towards the finishing line.

Lead Judge, Jancis Robinson OBE MW, commented: “We were all hugely impressed by Winnie’s wine journey, from a junior internship at Raffles Hotel in Singapore 20 years ago to managing an international team of sommeliers at an Aman resort in the Caribbean. She says, ‘I will become Asia’s top female sommelier and I will mentor future generations of sommeliers who need help like me.’ And we are sure she will!”

Winnie Toh stated: “I am humbled, and overwhelmed with joy for being the recipient of the Golden Vines™ Master Sommelier Scholarship. My leap of faith has taken me onto paths less travelled to achieve my career goals. I am grateful to the judges and my community for believing in me and cheering me on. My mission is to be an inspiration for young sommeliers finding their path. I will relentlessly continue my journey in wine by being a mentor and reflect the good work of the late Gerard Basset and the wine icons who have contributed to my growth over the years.”

Nina Basset, Trustee of The Gerard Basset Wine Education Charitable Foundation, added: “We are delighted to be able to offer these two additional scholarships to such talented, deserving members of the BAME/BIPOC community so that they can reach their full potential in the wine industry and act as role models to encourage other members from these communities to consider a career in wine. We look forward to seeing them succeed at the highest level of our industry.”

The 10 winning scholars for the 2021 Golden Vines™ Wine Scholar Guild Scholarships are:

Emma Ogiemwanye – a West African living in the USA

Lewis Chester DipWSET of Liquid Icons, and Trustee of The Gerard Basset Wine Education Charitable Foundation, commented: “We are delighted that the Wine Scholar Guild have decided to offer these most generous scholarships to BAME/BIPOC wine students chosen by our incredible panel of judges. Our aim is to make the world of wine more diverse and inclusive, and to do this, we need to find and promote a new generation of role models who can attract students from these communities globally to the wine industry. These new scholarships will certainly help in achieving that objective.”

Julien Camus, the CEO and Founder of the Wine Scholar Guild, stated: “The Wine Scholar Guild is honoured to support the Golden Vines™ Scholarship initiative for BAME/BIPOC wine students by offering 10 Scholarships for our specialized Wine Scholar™ Study and Certification programs. We share the same vision and look forward to a long-term partnership with Liquid Icons and the Gerard Basset Wine Education Charitable Foundation to ensure that vision turns to reality.”

The 10 Scholars will be enrolled in the French, Italian or Spanish Wine Scholar™ study & certification programs in either “independent study format” or “10-week, instructor-led format”. Scholars who complete these in-depth programmes and pass the requisite exam will earn French, Italian or Spanish Wine Scholar title and corresponding post-nominal, which may be incorporated into a professional signature. Details on the courses can be found at: https://www.winescholarguild.org/programs/wine-scholar-programs.html

About The Wine Scholar Guild:

The Wine Scholar Guild is the leading provider of specialized certification programs on the wines of France, Italy and Spain. The courses were developed for the professional development of wine industry members and committed students of wine and are conducted by a strong network of over 100 program providers in 30 countries on five continents.WSG has set itself apart as a recognized leader in online wine education.  President, Julien Camus, was a Future 50 under 40 award recipient from WSET and IWSC in 2019, an award which recognized him as a global influencer in the wine world.

Exhibitions and Events at Fondation Beyeler during Art Basel