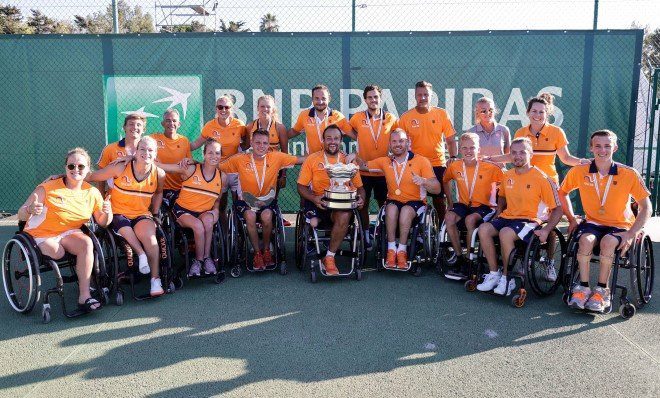 The Dutch quad and women’s teams both secured their trophies on Saturday, with Sam Schroder and Niels Vink wrapping up the quad title with victory over USA while the women, led by Diede de Groot and Aniek van Koot, defeated Japan. The men’s team faced maiden World Team Cup finalists Spain on Sunday, hoping to win their first men’s title in 10 years and secure the historic victory for their nation.

Tokyo 2020 silver medallist Tom Egberink, who was part of the Dutch men’s team for their last World Team Cup success in 2011, wrapped up the 2-0 win with a 3-set victory over Spain’s Martin de la Puente after team-mate Ruben Spaargaren, who was also severely tested by Daniel Caverzaschi, had given Netherlands the lead in the first match of the final.