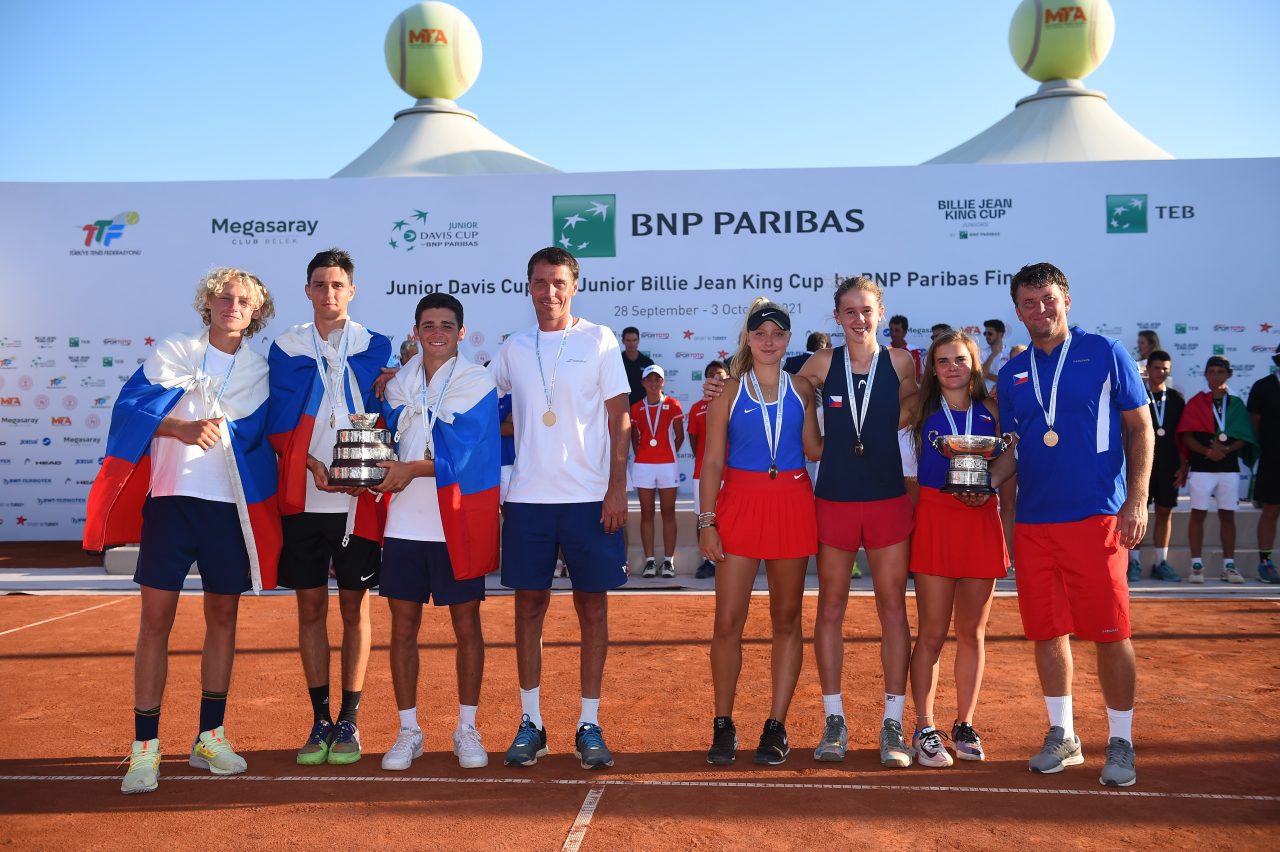 The Russian team of Yaroslav Demin, Maxim Zhukov and Danil Panarin defeated No. 2 seeds France in the final on Sunday, while No. 1 seeds Czech Republic were crowned Junior Billie Jean King Cup champions for the fifth time in their history after defeating Japan. The Czech team of Brenda Fruhvirtova, Sara Bejlek and Nikola Bartunkova had been dominant all week, winning 14 of the 15 matches they contested.

Russian captain Ivan Pridankin said, “This can be a big step in their careers and I hope they push on from here. For now, this win is for the whole team – personal coaches and doctors – as it has been a big effort from everyone.”

Yaroslav Demin said, “Junior Davis Cup champion sounds so, so good. The first day we were so sad because we lost our first tie, and we had a meeting at dinner where our coach told us to fight until the end. From there, we started to play our game and we did fight.”

Czech captain David Skoch said; “I am really proud – that is exactly how I am feeling right now. I am especially proud because my girls were not feeling 100 per cent this week. They had some injuries, but they fought hard and they did it. Winning this tournament will motivate them a lot and becoming the best team in the world is a big motivation for them. But they have to work really hard all the time and we’ll see what the future brings.”

Fruhvirtova told itftennis.com, “It has been a really amazing week and the team has had so much fun. Usually, we play by ourselves, but this is a team competition, and we don’t get to play as a team for most of the year. It was really fun and I cannot wait for the next event like this.”

Victory for Czech Republic means a potential junior-professional double remains on the cards as focus turns to the Billie Jean King Cup by BNP Paribas Finals in Prague in November. Fruhvirtova said: “Good luck to the Czech women’s team at the Billie Jean King Cup Finals, for sure, it would be a nice double for Czech Republic.” Bejlek echoed Fruhvirtova’s sentiments. She added: “I hope the Czech women will win. I think they will.”