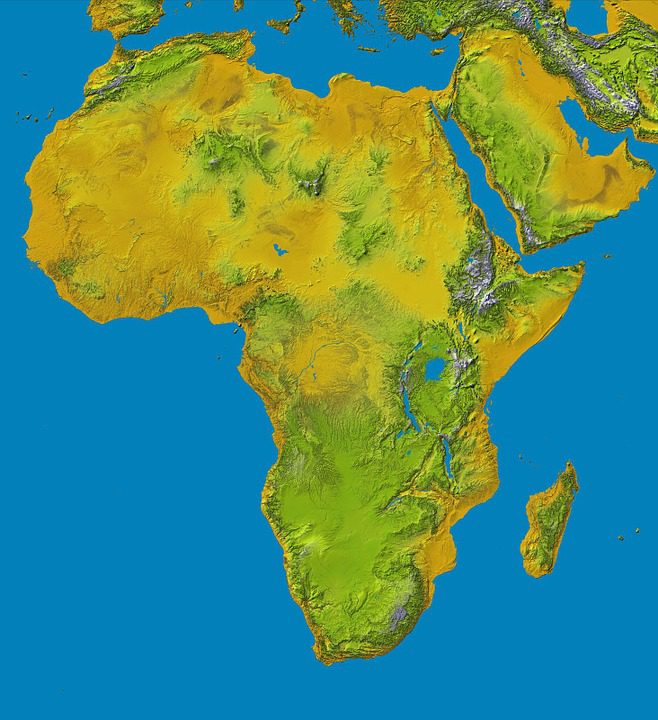 The long-awaited public trial of  12  men accused of the murder of Thomas Sankara, Burkina Faso’s revolutionary leader,  on October 15th. 1987,  will begin next week in  Ougadoudou, the capital of Burkina Faso.

Thomas Sankara has become a symbol of opposition to France’s neocolonialist  “ Francafrique” : especially because of his opposition to “loan-dependence” – and excessive debt repayments, and also because of  the fatal enmity of the Ivory Coast’s  neo-colonialist leader of that time: Houphouet-Boigny, who arranged for his adopted  daughter to marry Sankara’s rival, Compaoré-

Three years before his assassination  Thomas Sankara spoke in  Haarlem, New York, to the Patrice Lumumba Coalition (against colonialism in Angola and South Africa ), on October 3rd. 1984.

Youtube has a live video of this historic event  ( see enclosed ) including the whole of his speech in French (translated simultaneously into English),  except for its rousing conclusion (which is printed underneath).This recording ranks among the most important historic documents surviving from Thomas Sankara’s period in power; demonstrating especially his youthful, outgoing , optimistic  charisma.

I suspect that one of the many people he has influenced, (and by no means the least important),   was New Yorker Eddie Murphy, who was a young man of 24 when  Sankara spoke in Haarlem. Murphy’s hilarious comedy, “ Prince seeks a wife”  satirised the aspirations for power, wealth and luxury of many contemporary   African politicians such as Blaise Compaore, Idi Amin before him, and Ben Ali later.

It  was released in 1988, only a year after Sankara’s murder in October 1987,  when a  platoon of soldiers  raided Burkina Faso’s government house during a meeting;  shot his personal guards, then Sankara and his collagues (a dozen deaths in all ) in a ruthless coup that put Blaise Compaoré – his former longtime comrade- in -arms, and best friend –   in power, until he was eventually overthrown himself,  and driven into exile in Ivory Coast,  after a popular rebellion in 2014.

What added to Compaoré’s treachery was the fact that Sankara’s father, a French-trained colonial policeman, had practically adopted Compoaré previously because of his son’s friendship,  and his lack of a supporting family.

Next week, in the Ouga2000 Banqueting Hall, in  Ougadougou, the capital of Burkina Faso, the public trial of Sankara’s murderers will open, with Compaoré  in absentia, and others  present –   4 days before  the 34th anniversary of  Sankara’s assassination. This is how long it has taken Sankara’s family and their international team of lawyers to obtain justice.   The exact details of the trial haven’t yet been made known, including how long it is likely  to last, and how the media will have access to its proceedings.

Will it be televised? I’m asking this because the enormity of the Holocaust was first revealed to world opinion by the television cameras  present at the trial of Adolph Eichman in Israel, in 1961 –  16 years after the  Nuremburg Trials of leading Nazi mass murderers; – a watershed event; which , however, took place before the Television Age.

The 18th Summit of Africa’s Francophone  nations ( including

Burkina Faso),  will be held on in Djerba, a small island off the coast of Tunisia. Two days is not long to discuss the many issues that African francophone delegates will have to confront, especially the political and military instability in former French colonies in the Sahel: where this year there have already been three coup d’etats (in Chad , Mali  and nearby Guinea) and another  failed coup in Niger.

One of the main causes has been the large quantity of SALWs ( small arms and light weapons) available in one of the poorest regions in the world,  to fan the flames of popular discontent – beginning especially when Libya’s enormous  arsenal of SALWs became available after Gadhaffi’s fall  had been orchestrated by the military intervention of Sarkozy, Obama & Cameron in 2012.

This situation has been  aggravated since,  by the politics of Donald Trump during his four years in the White House. One of the first organisations whose support he elicited at the beginning of his election campaign against Clinton, was the USA’s National Rifle Association (NRA), with over a million members,  mostly prepared to fight to the death (literally) to preserve their right to buy any number of homicidal SALWs ( small arms and light weapons) in US supermarkets, including Walmart.

Nor has Biden pruned the Pentagon’s enormous arms budget – now running at  around ¾ of a trillion dollars –( as much as the five countries with the next-biggest arms budgets in the world combined). This casts a long shadow over the continuing violence that has now been afflicting Burkina Faso, Thomas Sankara’s  nation; and its neighbours,  Mali and Niger, for several years.

Nor are US arms manufacturers the only ones to cash in. The Russian PMC ( private military company), Wagner –  recently involved in the Central  African Republic, has now been invited to Mali by that country’s new military leadership. On 21st September,  L’Essor, a Mali news site, published a long interview with Mali’s Defence Minister, Colonel Sadio Camara, of over 4,000 words – without a single mention however, of Wagner PMC.

This is hardly surprising because, according  to a half-page article in “ La Repubblica” , Italy’s widest selling daily, on Friday, October 1st, headed  “MALI CALLS IN MERCENARIES FROM MOSCOW. CHECKMATE FOR FRANCE IN THE SAHEL”  ( translated here from Italian),  both Camara and his boss –  PM  Choguel Maiga –  studied in Russia.

Enclosed is a file of articles (5), mainly about how some Sahelian and West African governments are struggling against the odds to stop the further proliferation of SALWs in Africa.

When considering the deadly proliferation of arms in Africa today, it’s also worth remembering the cost of colonial conquest in the past. Emanuel Macron, to his credit, has gone further than any of his predecessors ever did in this respect.

In January this year,  an important French report *  was published on France’s brutal repression of the NLF in Algeria in the 1950s, by French historian Benjamin Stora; who has now been put in charge of a new institution to carry out some of its recommendations, such as a new French anti-colonialist school history curriculum.

Further,  Macron has also this year cautiously acknowledged a new 628-page report in English, commissioned by the Rwandan government, on the genocidal massacres of the Tutsi people that took place in that country in 1994, while the French troops were present; ( without being directly implicated ),  while nevertheless effectively protecting the Rwandan government of that time that was doing the killing.

With this record behind them, the hostility of many, but not all,  Africans today,  to French soldiers, is  understandable.

The above facts have been set out to give some context to the XVIII Summit of Heads of State and Government, called by the International Organization of La Francophonie (OIF)  on the 20th and 21st November 2021 in Djerba, Tunisia.

The island location has presumably  been chosen because mainland Tunisia has been the area of Africa hardest hit by the Covid-19 pandemic.

Last week,  Tunisia’s president,  Kais Saied  appointed  a woman, Najda Boudon, a professor of  geology , who studied at the prestigious mining college in Paris, as Prime Minister.  The Tunisian people, who are still in the  vanguard for women’s rights and other democratic freedoms in the Arab world, are today also living through a “ top-down revolution” , though  of a very different  kind to that led by Thomas Sankara in the 1980s.

Kais Saied, the Tunisian  president,   has been dealt a very different pack of cards by history to those given to Sankara –  he has twice the number of years to begin with. Luckily,  however, he’s also placing his faith in the people, and especially women, to build his country tomorrow.
This message is being sent to the following people & organisations:

AUTHORS OF THE LETTER FROM AFRICAN INTELLECTUALS ON THE SAHEL CRISIS

CARESS – Center for Analysis & Research of the Sahelo-Saharan Space-

Global Center for the Responsibility to Protect, cuny, info@globalr2p.org;