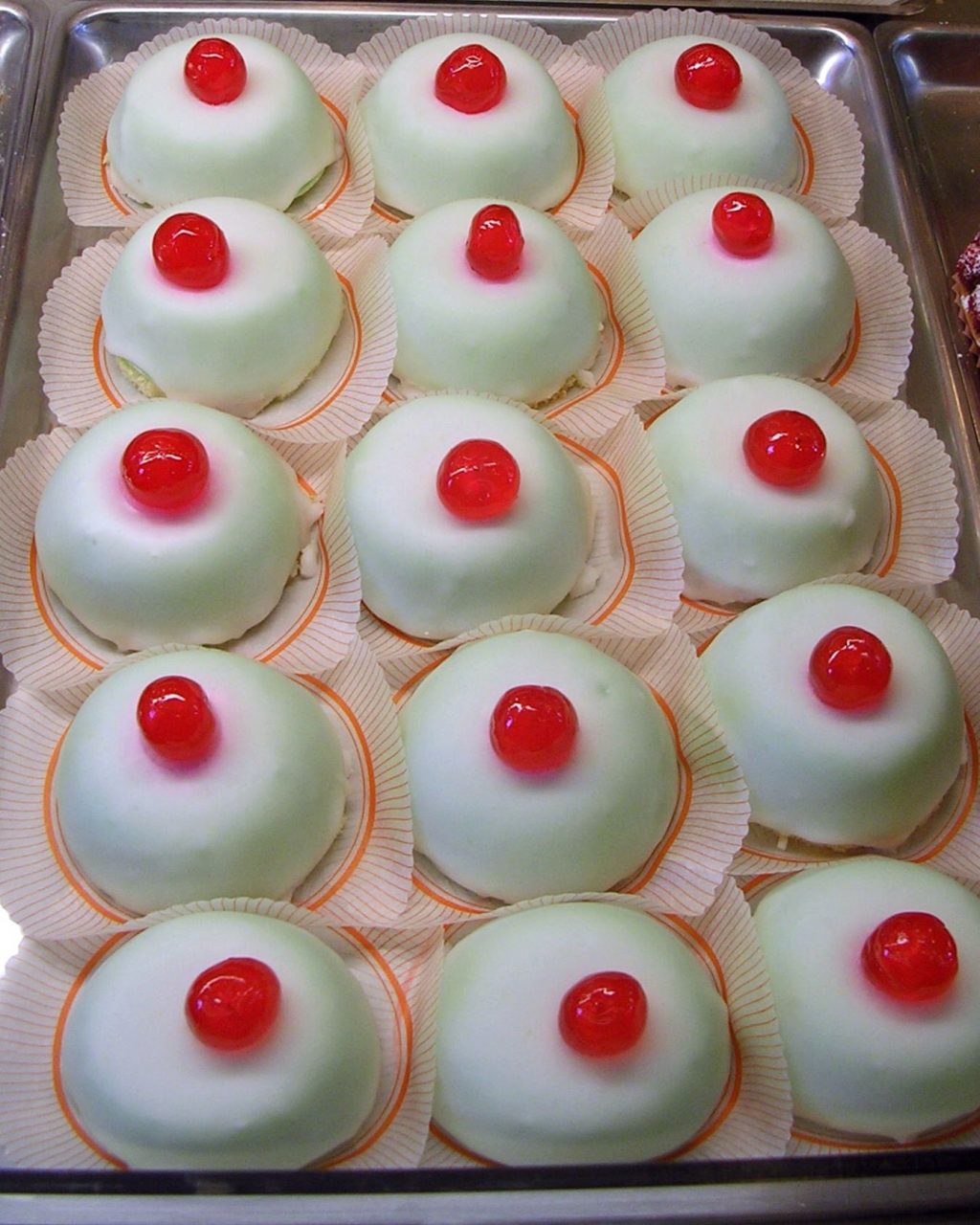 THE SCANDALOUS MINNE OF SAINT AGATHA
When food and religion walk in synchrony, but creates uncomfortable ironies.
Flavors and Knowledge

The reign of the Two Sicilies consisted of the annexation of the Kingdom of Sicily and Naples, extending from Central to Southern Italy. The unification contributed to a multitude of culinary creations developed during the reign. Here is one of them.

“White, round, delicious with unmistakable shape, considered impudent by the people.”

These are the Minne of Saint Agatha, also called Minnuzze of the Virgins, a typical Sicilian sweet dedicated to Catania’s patron saint, celebrated on February 5. They are also known to have created a sweet-tasting scandal at the time. The minnuzze are nothing more than exquisite cassatelle made of thin shortcrust pastry, stuffed with sheep’s ricotta, and covered with confectioner’s sugar glaze. Legend asserts that the sweet shape relates to the young Saint Agatha’s breasts martyred by the consul Quinziano with the amputation of her mammary glands because she is guilty of not having succumbed to his “advances,” preferring to marry God.

She was born into a respectable Christian family from Catania. At the tender age of 15, the little Agatha dedicated her life to God, becoming one virgin consecrated by the bishop and defending the faith until martyrdom. Since then, Saint Agatha has been the symbol of the courageous woman who believes in her ideals despite her young age and does not compromise even when risking her life.

Therefore Catania pays homage to the Saint with this splendid traditional dessert to consume during the glorious celebrations held in her honor every year: from the 3d to February 5. Furthermore, two additional events pay homage to the Saint: the February 12 remembrance of her martyrdom and August 17, the day we remember the Saint’s remains returned to the beautiful Sicilian city after being kidnapped in Constantinople.

The famous dessert, created in a nunnery, symbolizes purity in shape, round, and rigorously white. The filling is made only (unlike other similar sweets that contain candied fruit and chocolate) with white sugar and very fresh white ricotta, very delicate because made with the freshest colostrum-rich sheep milk extracted in February. And even the poet Giuseppe Tomasi da Lampedusa mentioned the dessert in the novel Il Gattopardo (the leopard), written during the Italian Risorgimento, and wondered how the delightful creation did not generate a rebellious production ban by the Holy Office in Rome.

The recipe for the Minne di Sant’Agata offered in metric measurements for weight accuracy.

Ingredients (for eight Minne or cassatine)

For the filling: 500 grams of fresh sheep’s ricotta, 80 grams of sugar.

Soften the butter and with your hands, work it together with the flour, add the icing sugar, the eggs, the vanilla, and knead quickly.

Cover with a towel and rest for about 30 minutes when the dough has a soft but firm consistency.

Blend the ricotta and sugar until achieving a smooth lump-free cream and leave resting in the refrigerator for about an hour. Partially beat the egg whites with a pinch of salt, then add the sugar and lemon juice to get a white, shiny and frothy cream.

Note: You may add dark chocolate bits and minced candied orange to the filling as an option.

Butter and flour round-half-sphere molds, with a diameter of 8-10 centimeters. (Silicone molds work very well). Roll out the prepared pastry dough into a thin layer and line the molds. Fill them with the ricotta cream, close each with extra pastry dough. Bake the cassatelle, which got at 180 degrees for 30/35 minutes, place them gently on a wire rack, and chill for one hour at room temperature.

Cover cassatine with the glaze spreading evenly. Place a candied cherry in the center. The minnuzze of Saint Agatha is ready to be enjoyed!

For more recipes, visit the Flavors and Knowledge blog.