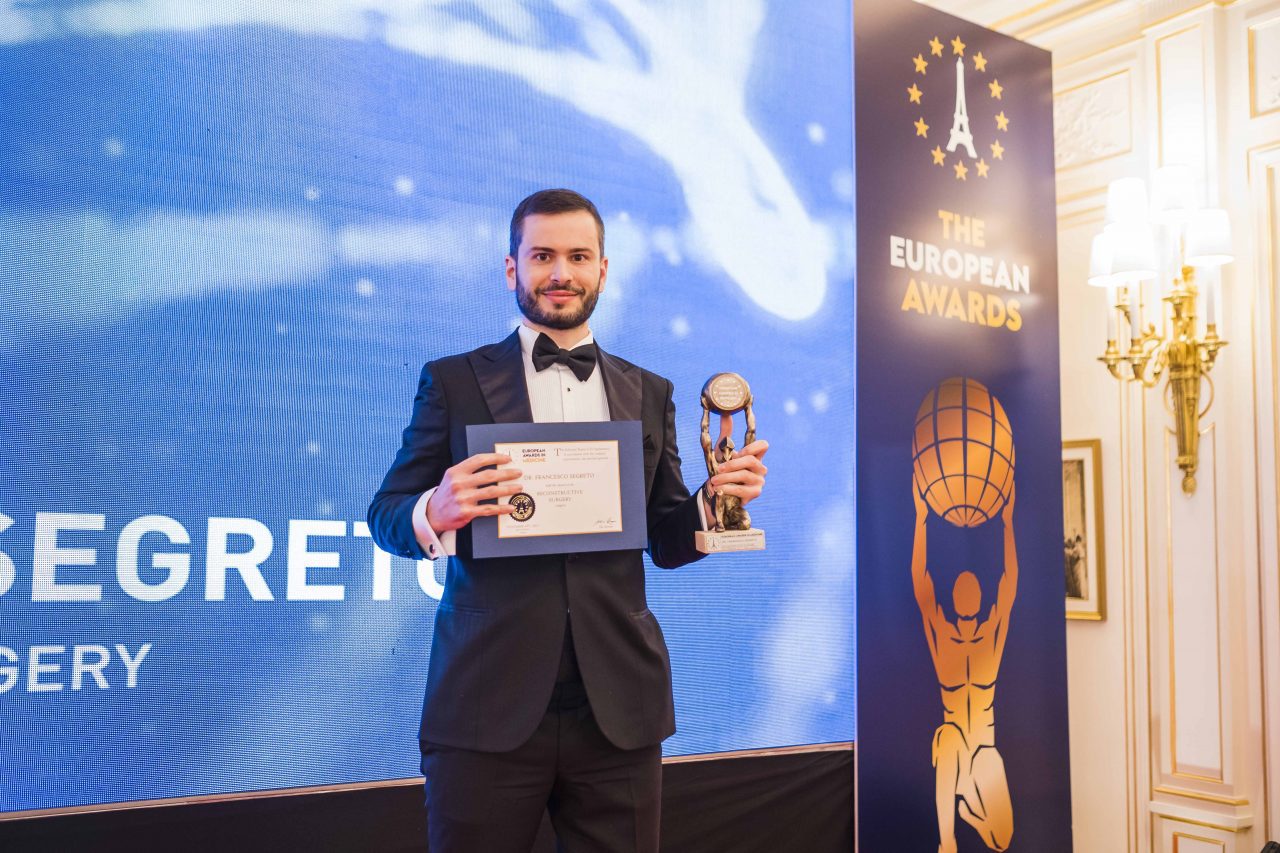 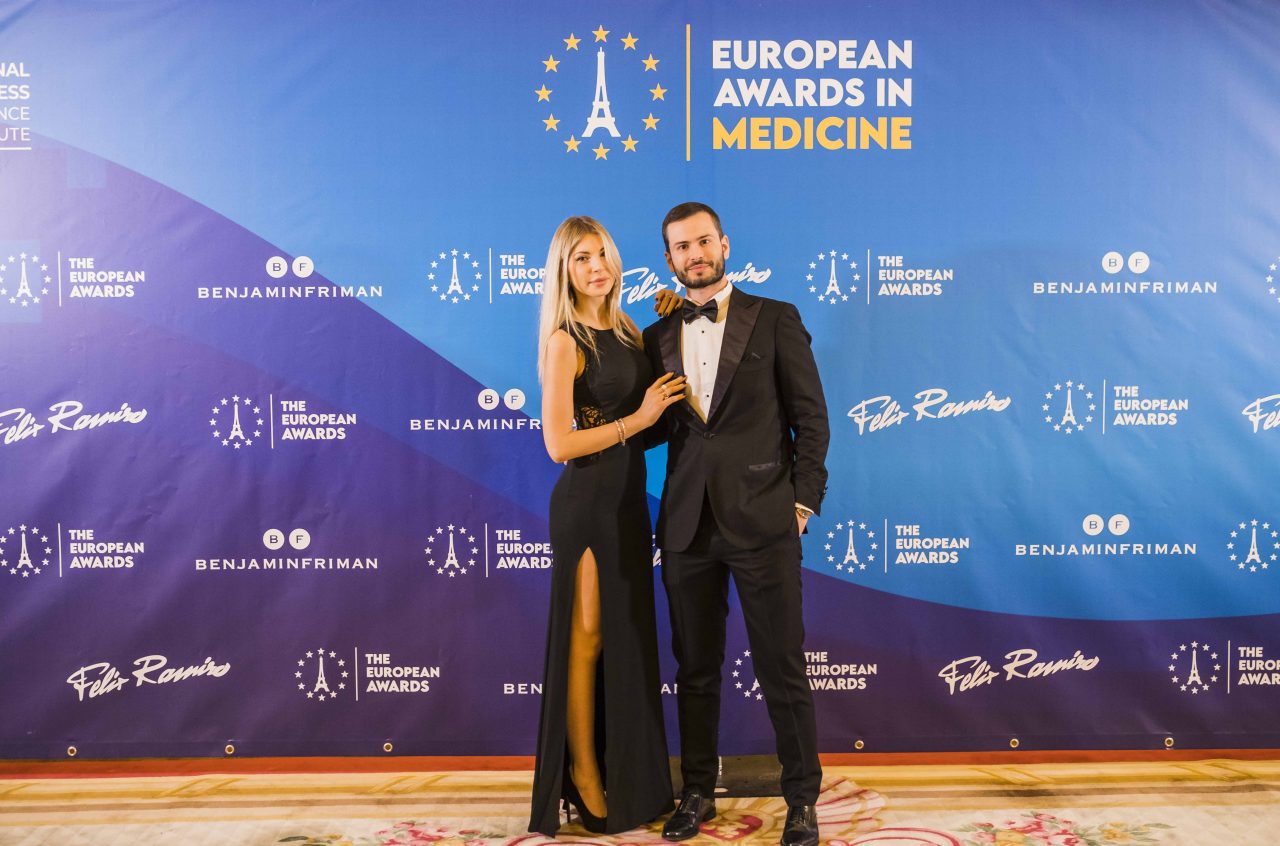 Paris, November 30th. – Dr. Francesco Segreto was born close to Naples, in southern Italy. In 2011, he graduated in Medicine and Surgery, then he specialized in Plastic, Reconstructive and Aesthetic Surgery at the Campus Bio-Medico University of Rome, obtaining the highest qualification and received his PhD in Sciences of Ageing and Tissue Regeneration. In 2018 he obtained the National Scientific Qualification as Associate Professor in Plastic Surgery.

Dr. Segreto has worked in the best international centers of aesthetic and reconstructive surgery, doing internships in  various parts of the world: In Brazil, at the Ivo Pitanguy Institute in Rio de Janeiro and at the Das Clínicas Hospital in Sao Paulo; in Spain he attended the University of Navarra, the International University of Catalonia and the Institute of Hand Surgery  Dr. Piñal y Asociados; he worked  at  Kansai Medical University in Osaka as well as Tokyo Medical University in Japan; in Italy, at the European Institute of Oncology in Milan.

In Boston, he completed his training at Harvard Medical School, where he obtained his title of Global Clinical Scholar with special mention for the work done. He currently works as a consultant at the Plastic and Reconstructive Surgery Department of the Campus Bio-Medico University of Rome and in his private practice with office in Milan, Rome and Naples

With more than 5,000 surgical operations under his belt, the doctor is the author of more than 50 scientific publications in the most prestigious plastic surgery journals in the world and a speaker at the most important international congresses. Nowadays, he treat thousands of people per year from the whole pf Italy and Switzerland

Within cosmetic surgery and aesthetic and regenerative medicine, Dr. Segreto has been the creator of some innovative techniques and devices that have allowed to obtain better results, considerably reducing postoperative complications.

At just 28 years old, he signed as first author on a study on capsular contracture resulting from breast surgery such as breast reconstruction or augmentation. The doctor, together with his team from thhe Campus Bio-Medico University of Rome, had investigated the process underlying casular contracture, the most commenti complication following breast implant placement. Thanks to his research, the doctor published on Plastic and Reconstructive Surgery, the most important plastic surgery journal in the world.

In recent years, and always together with his team, the doctor has developed a physical-mathematical model capable of analyzing and demonstrating his discoveries: “We started with the operations on the arms which have the highest risk of complications in healing. The application of the physical-mathematical model that we developed has allowed us to demonstrate how the positioning of the surgical incision at a specific point is associated with a reduction in the tension in the wound, thus determining a lower incidence of hypertrophic scars”, explains the doctor.

From these investigations, Franceso Segreto the undertook the project ” Stem graft” to heal these wounds and scars. A project that earned him the prize as the best researcher under 35 years of age of the sixth edition of “GiovedìScienza”, an event that promotes the development and dissemination of scientific and technological culture.

The doctor also published the technique of liquid rhinoplasty based on grafts. This technique allows to reshape the nose using only hyaluronic acid, an advanced approach based on anatomical and surgical principles, which goes beyond the old and well-known concept of rhinofiller. The technique of liquid rhinoplasty reached the United States, where it was considered an excellent technique for its safe and effective application to patients, minimizing the complications that can arise with a non-surgical rhinoplasty.

In 2021 he developed his skincare products that achieved great success in Italy.

Dr. Segreto achievements allowed him to obtain the European Award in Medicine 2021 in the Reconstructive Surgery category. The award recognizes him as one of the most relevant doctors in this speciality.

He received the award in a gala event at the Ritz Hotel in Paris in a perfect season for the attendees to visit the city. The hotel’s charm and elegance made it the perfect choice for the occasion.

The European Awards in Medicine were created with the main purpose of enabling the award-winners to share a day with other professionals, promoting excellence and knowledge through teaching, research, and proactive networking.

The organizing entity, Professional and Business Excellence Institute, has a long history organizing events where they reward professional excellence in the medical sector. Even though restrictions thwarted such events last year, this year they have returned greater than ever, with first class professionals, unforgettable performances, and a lot of surprises.

The winners of the European Awards in Medicine are always people whose professional careers are an example of overcoming challenges to gain success. They are those who, through effort, determination, and creativity have earned esteemed recognition. Dr. Segreto is a prime example of these qualities.