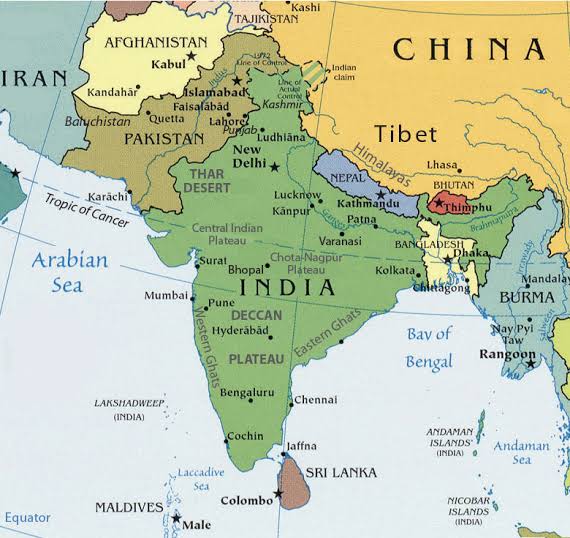 It is true that South Asia needs China in its development process because ‘China’ is synonymous with the term “Development”. China’s ambitus project ‘Belt and Road Initiative” provides benefits for almost all South Asian Countries. Nepal, Bangladesh, Sri Lanka and Pakistan are benefitting from the project directly.

On the other hand, China helps most of the South Asian States through its Covid-19 Vaccine Diplomacy. South Asian countries always gain support from China in their crisis moment. ‘Vaccine Diplomacy of China’ is just an example to understand the reality. China helped Bangladesh, Nepal, Sri Lanka, Pakistan, Maldives, etc. in South Asia providing the covid-19 vaccine and medical equipment. China has proved already that it is a well-wisher and friend of South Asia.

In the case of China’s connectivity project, Afghanistan is on the way to this journey. If everything is okay in Afghanistan, then a number of Chinese Investments would bring prosperity to Afghanistan. If Afghanistan connects itself with the ‘China-Pakistan Economic Corridor”, it would benefit directly from the Chinese project.  An article published in Pakistan’s daily Pak Observer on September 15, 2021, titled “How CPEC matters for Afghanistan” shows that Afghanistan should and must move with China for ensuring its maximum business interest. It is China that can contribute to the sector of socio-economic-infrastructural development in war-ravaged Afghanistan. China Jiangxi Copper said in mid-September that the company and the Metallurgical Corp of China (MCC)will develop Mes Aynak mine when the situation allows

Pakistan itself is a major beneficiary from the Chinese multi-billion project ‘CPEC’. China is building a port that is going to be a regional trade hub amongst South Asia, Central Asia and the Middle East. It is true that the all-weather friend of Pakistan is doing everything for Pakistan. Pakistan is also grateful to China. Pakistan and China prove that they are really ‘All-Weather Friends’.

In the case of Sri Lanka, we hear the notorious term ‘Chinese Debt Trap’. Basically, it is a partial term. Sri Lanka is also a beneficiary of Chinese projects. Many say only about the Chinese debt trap in this regard but no one mentions the Chinese developmental activities in Sri Lanka. China has already invested thousands of crores of dollars in Sri Lanka. They have invested heavily in seaports, airports, port cities, national highways, and power distribution centers. One question is whether either Sri Lanka would benefit from the Chinese investment or not. Of course, Sri Lanka can benefit from these Chinese investments. Sri Lanka would also benefit from the Chinese BRI project if its Hambantota port can be used properly. Basically, Sri Lanka can also be a maritime trade Hub when Sri Lanka will start the CPEC fully. Hambantota port and Gwadar port will enhance and ensure connectivity amongst the Middle East, Western Asia, Eurasia, South Asia, South East Asia, and East Asia. Sri Lanka will be used as a ‘maritime hub’ when Many countries use its port. Employment of the people of Sri Lanka would be ensured. Discrimination regarding internal development amongst the regions will decrease.

Prior to that, Chinese projects were mainly confined to southern Sri Lanka. The Gotabaya Rajapaksa government has now approved a number of Chinese initiatives in northern Sri Lanka as well.

In February this year (2021), Sri Lanka approved China’s hybrid wind and solar power projects on three islands in Jaffna. There might have some problems with implementing these projects. However, China focuses to develop the socio-economic development of Sri Lanka.

Bangladesh has been gaining from China. Bangladesh is one of the major trade partners of China in South Asia. Bangladesh’s some very important mega-projects such as Padma Bridge, Payra Power Plant, the Bangabandhu Tunnel under the Karnaphuli River, etc. are being implemented by Chinese investment. It is true that China is considered now a strategic partner in Bangladesh. Bangladesh has joined ‘BRI’ in 2017. The two countries have continued to work together on Belt and Road cooperation. As many as 97% of Bangladeshi products now enjoy duty-free access to China

China is moving forward taking its great plan and initiative to develop the socio-economic condition in South Asia. China has chosen Nepal and Pakistan as its gateway to South Asia, Central Asia, and Western Asia to some extent the Middle East. So, China is moving forward with various plans to keep Nepal in its hands. Following this, China has invested billions of US dollars in Nepal in 2017. China will invest another 10 billion in Nepal’s infrastructure, including road, rail, and fiber cable connections.

President Xi Jinping paid a successful state visit to Nepal in October 2019 and the Presidents of the two countries announced the elevation of China-Nepal relations to a “Strategic Partnership of Cooperation Featuring Ever-lasting Friendship for Development and Prosperity”.

Chinese cooperation in building infrastructure, industries, highways, hospitals, schools, sports, and communication facilities has been very useful and highly appreciated by the government and people of Nepal. In the near future, the completion of the railway from Lhasa-Shigatse to Kerung is going to have far-reaching impacts on Nepal’s trade, tourism, and people-to-people relations with China.

Diplomatic relations between China and Pakistan are very old, dating back to the 1950s. Pakistan’s recent strained relations with the United States seem to have revived the old relationship. The China-Pakistan Economic Corridor, also known as CPEC, is being created. China has declared to invest worth 46 billion US Dollars in Pakistan for implementing its great project “China-Pakistan Economic Corridor.” To ensure that, the CPEC agreement was signed during Xi Jinping’s visit to Pakistan in April 2015. CPEC or CPEC is part of China’s One Belt, One Road or One Region, One Way project.

In line of the above mention discussions, we can easily draw a conclusion that South Asia needs China as a developmental partner.  All South Asian countries including even India and Bhutan could benefit from the Chinese initiatives if Sino-Indian strained ties could be solved diplomatically. China is not only for China; China is for the world including South Asia.