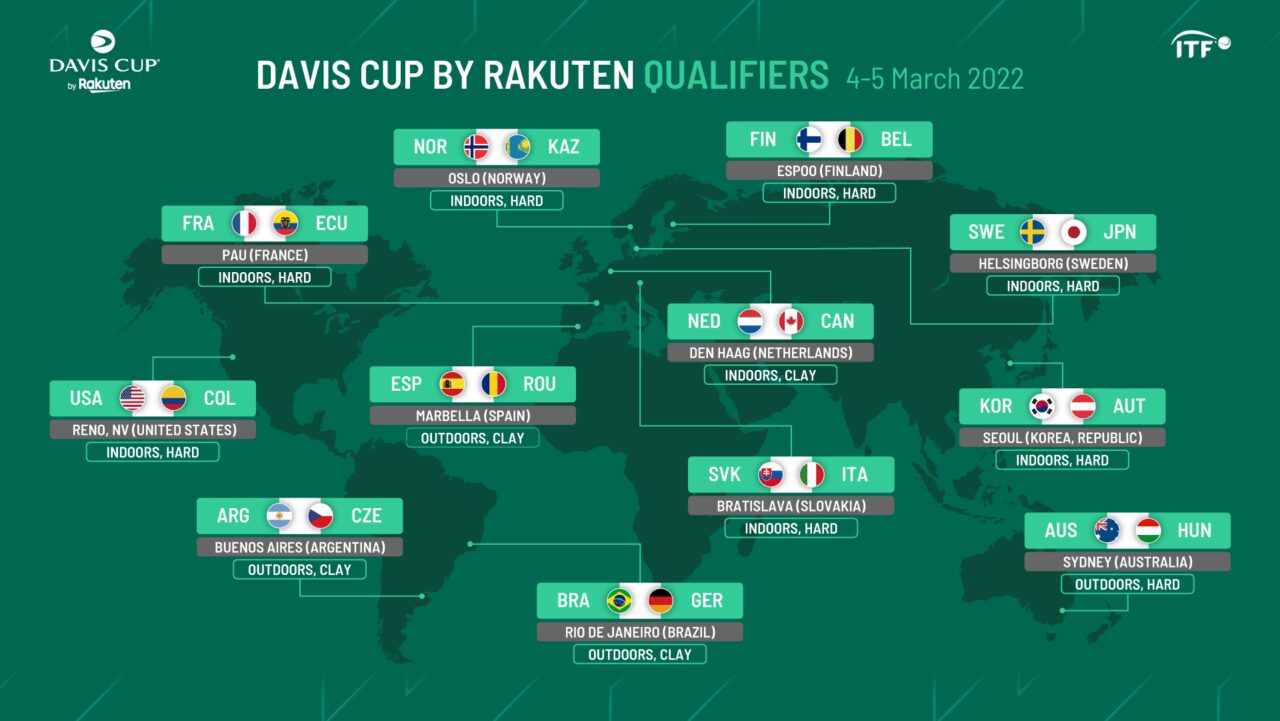 The 12 Davis Cup Qualifiers span 19 time zones – from Sydney in the east to Reno in the west – and see action taking place across five continents.

The full list of Davis Cup Qualifiers is as follows:

ATTESA PER LA TERZA EDIZIONE IN PROGRAMMA DOMENICA 26 A FIUGGI