politicamentecorretto.com
Home Esteri Sri Lanka and Bangladesh: Bangladesh proves itself as a donor country from... 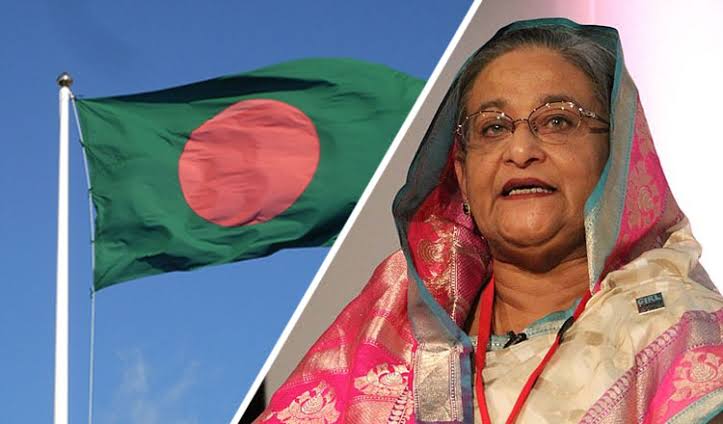 Sri Lanka and Bangladesh: Bangladesh proves itself as a donor country from donation seeker by providing medical assistance to Sri Lanka

Bangladesh’s medical and financial assistance to Sri Lanka increases its image and prestige. Once upon a time, Bangladesh was a ‘bottomless pit’ and a donation seeker in the international arena. Now it is a donor and lending country. It shows all-South Asian countries how to revive from ashes. Bangladesh establishes an example in South Asia how to ensure economic growth amidst various socio-political aspects. Debt-ridden Bangladesh a few years ago is now a country of unprecedented success in debt relief. The world today looks at Bangladesh in amazement.

As a friend and close neighbour, it is also Bangladesh’s privilege to stand by Sri Lanka in whatever way it can, during times of crisis.

This medical assistance by the government of Bangladesh to the friendly people of Sri Lanka is an expression of solidarity and friendship between the two nations when they are celebrating 50 years of diplomatic relations this year.

In this regard, a programme was held on Thursday at the State Guest House Padma where Foreign Minister Dr A.K. Abdul Momen and  Health Minister Zahid Maleque handed over a few boxes of medicine as a token to the Sri Lankan High Commissioner to Bangladesh Professor Sudharshan D.S. Seneviratne.

In his short remarks, Foreign Minister, D. Momen termed the offer of medicine, as an expression of solidarity and friendship between Bangladesh and Sri Lanka, at a time when the two countries are celebrating 50 years of diplomatic relations.

However, what happened that Bangladesh is creating one surprise after another? Economists say there are some reasons behind this: exports, social progress and economic foresight. There are three more reasons besides economic capability viz. sympathy, economic diplomacy and political will.

When this was the case, the sudden news came that Bangladesh had provided 200 million in financial assistance to Sri Lanka. The Sri Lankan media has raised the question if Bangladesh can be self-sufficient, why can’t we? In June, the finance ministry of Bangladesh gave more startling news. It has been said that Bangladesh stands by Sudan, the poorest country in Africa. 65 crores Bangladeshi Taka has been provided to reduce the debt burden of the IMF. The country borrowed Rs 510,000 crore, Taka, from the IMF. The economic crisis was so severe that the country could not repay the debt. Bangladesh has come forward after sending messages asking for help from country to country.

Bangladesh’s finance ministry says Sudan is heavily indebted and poor. The government hopes the funding will strengthen Sudan’s fight against poverty. At one time Sudan was a British colony. The country gained independence on January 1, 1956, under a treaty. It may be recalled that last year, Bangladesh also provided more than Tk 80 million to Somalia, another African country. That was also in repaying the IMF loan. Sudan, a member of the Organization of Islamic Cooperation, or OIC, has been crippled by debt and poverty, and financial assistance is expected to help overcome the crisis.

Last year, Bangladesh also handed Tk 80 million to help Somalia combat poverty as part of the IMF initiative. Everyone is fascinated by the development of Bangladesh.

The image of Bangladesh and the respect for the people of this country has increased due to the assistance to Sri Lanka and Sudan from foreign exchange reserves. Bangladesh is now a lending country! If Bangladesh can be self-sufficient, a lender and an economic miracle in South Asia, why can’t others do that?

He added that under the able leadership of Prime Minister Sheikh Hasina, Bangladesh never hesitates to extend assistance to any nation in difficulties, in particular, to its neighbours for ensuring shared peace and prosperity in the South Asian region. He ensured that Bangladesh stands ready to support Sri Lanka in all possible ways.

He noted that Sri Lanka values the friendly relationship with Bangladesh and is committed to further strengthening it in the coming days.

He termed the gifting of the medicines, which was another demonstration that the trajectory of the bilateral relations was moving in the right direction.

Both EDCL and BAPI have contributed medicine of BD taka 10 crores each, Taka 20 Crores in total as gifts to Sri Lanka.

The medicine is expected to reach Sri Lanka within a few days’ time.

The offer of medicine would certainly manifest the capability of the pharmaceuticals industries in terms of its ability in producing high-quality medicine, and financial capacity and it also demonstrates Bangladesh’s foreign policy resolve of maintaining friendly and cooperative relations with her neighbours.

The image of Bangladesh and the respect for the people of this country has increased due to the  financial assistance to Sri Lanka and Sudan from its foreign exchange reserves. Bangladesh also agreed to provide medical aid to Afghanistan. Bangladesh in December, 2021, announced humanitarian support for the Afghan people while expressing deep concern over the economic and humanitarian crisis looming in Afghanistan. The country announced a humanitarian aid package in the form of food and medicinal assistance, the Foreign Ministry said following the 17th extraordinary session of the Organization of Islamic Cooperation (OIC) Council of Foreign Ministers on the Afghanistan situation held in Islamabad, Pakistan. Now, Bangladesh gave medical assistance to crisis hit Sri Lanka. It proves that it is a real humanitarian state in South Asia .

From a humanitarian perspective, the quick response of Bangladesh was lauded by many, nationally and globally.

Bangladesh has already portrayed its image firmly as a humanitarian nation, when she warmly welcomed about 1.1 million forcibly displaced Rohingya refugees from Myanmar. Despite many diplomatic efforts, the repatriation of Rohingya people has been lingering for quite long. The exodus of Rohingya refugees from Myanmar to Bangladesh embarked on numerous strategic, economic and environmental issues as Bangladesh is already an over populated nation. Nevertheless, Bangladesh continues to generously host the world’s largest and growing refugee settlement despite huge burden on economy, food management, limited resources and other circumstances. Even Bangladesh planned to relocate some of the Rohingyas to Bhashanchar to ensure better living standard for them through Ashrayan 3 Project on its own financing. Besides, Bangladesh has been tracking an impressive record in development and growth since last decade which will make it more capable of offering help to other nations in crisis.

Thousands of more examples can be drawn where Bangladesh was among the fastest nations to stand beside others. In terms of amount, medical aid to be provided by Bangladesh to Sri Lanka might be small in scale of the required fund but its prompt response is surely praiseworthy.

Now the question is valid. Bangladesh is now a donor and lending country! If Bangladesh can be a self-sufficient, donor, lender, an economic miracle in South Asia, why can’t others do that? Why does South Asia not take lessons from Bangladesh? Of course, South Asia can learn a lot from Bangladesh.