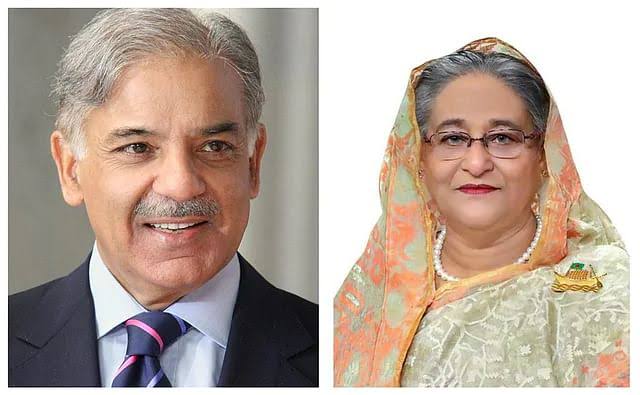 The Padma Bridge project is a dream project for Bangladesh. This bridge is planned to transform connectivity between Bangladesh’s southwest and the rest of the country, particularly Dhaka. Several years ago, the World Bank brought suspicions of wrongdoing against this project. The majority of people, including some authorities at the time, believed that the Padma Bridge could not be built without World Bank funding. Prime Minister Sheikh Hasina, on the other hand, has stated unequivocally that the Padma Bridge can be built on a self-financing basis. At that critical juncture, yes, we can build the Padma Bridge with our own money.

Bangladesh’s Padma bridge is scheduled to be inaugurated on June 25. On June 25, the Padma Bridge will be inaugurated in all 64 districts of Bangladesh at the same time. To commemorate the event, there will be similar programs all around the country, including a laser show in Dhaka’s Hatirjheel. For five days, special programs will be held in four districts: Munshiganj, Madaripur, Shariatpur, and Dhaka. The inauguration of the Padma Bridge will be open to all parties and international representatives (even World Bank!)

Amidst these, in a rare move, a Pakistan based researcher on Thursday (June 02, 2022) praised the contributions and roles of Bangladesh PM Sheikh Hasina in building a prosperous Bangladesh.

The Pakistani media has praised Prime Minister Sheikh Hasina’s confidence, wisdom, and bold choice to build the Padma Bridge with the country’s funds ahead of its inauguration.

Dr. Malika-e-Abida Khattak, an educator, researcher, and international analyst in Pakistan’s Punjab province, published an article titled “The Story of the Padma Bridge in Bangladesh: Something Bigger Than Just a Bridge?” in Pakistan’s most widely read Daily Times.

In a recent article hailing the completion of this massive project, a number of Pakistani English publications referred to Prime Minister Sheikh Hasina as the embodiment of Bangladesh’s progress. Sheikh Hasina had to navigate through a maze of difficulties, but she arrived at her target and established the truth by firmly facing the conspiracy that was disseminated during the construction of the Padma Bridge, according to the statement.

The international community must also be aware of Bangladesh’s ongoing prosperity and Prime Minister Sheikh Hasina’s dedicated service to the country’s people. In an article titled “Story of Bangladesh’s Padma Bridge: More than a Bridge,” Dr Malika-e-Abida Khattak said, “The world got an opportunity to realize once again the capacity of Bangladesh in the Hasina era.”

Bangladesh is a country that has demonstrated its strengths on numerous occasions. Bangladesh’s economic potential and image have been established all over the world as a result of the construction of the Padma Bridge with its own money.

The intellectual people of Pakistan are no less interested in Padma Bridge. Abida Khattak “Bangladesh’s much-anticipated Padma Bridge is a dream project. It is going to be inaugurated on June 25 this month and Prime Minister Sheikh Hasina will inaugurate the long-awaited bridge at 10 am.”

She wrote about the plot against the bridge, stating that the World Bank had withdrawn its guarantee due to bogus allegations of corruption and that other funders had done the same. The future of the Padma Bridge was in jeopardy, and construction work on the bridge was put on hold. Critics burst out laughing, causing a swarm of harsh comments that Sheikh Hasina would never be able to build the bridge.

In the article describing Prime Minister Sheikh Hasina as the epitome of Bangladesh’s development, a Pakistani English daily said Sheikh Hasina had to walk through a maze of obstacles to get to her destination and establish the truth by firmly confronting the conspiracy that was spread at the time of the the Padma Bridge’s construction. She wrote, “The Padma Bridge bears the signature of Ms Hasina’s visionary leadership.”

When Bangladesh unveils the now-completed 6.15-kilometre railroad bridge across the mighty Padma in June, it will send a powerful message to the rest of the globe. Bangladesh Prime Minister Sheikh Hasina’s single greatest success in her ‘Golden Decade’ in the office is the construction of the Padma Bridge, Bangladesh’s largest infrastructure project to date. She was the one who opted to proceed with the roughly $4 billion projects using Bangladesh’s own funds after the World Bank made a big fuss over alleged but later debunked corruption allegations.

Few leaders from the Third World would have dared to do what Hasina did. She promised a comprehensive investigation into the corruption charges at initially, but she needed the World Bank funds to get the project off the ground. When the World Bank took too long to provide the monies, she told them to pack their belongings and go.

China and Malaysia offered finance almost away, but Hasina decided to build the bridge with Bangladesh’s own funds, citing the country’s growing foreign exchange reserves and the flourishing economy as motivation. Some claim she gave the contract to a Chinese firm but refused to take Chinese funds. What a bold decision of a Prime Minister!

Bangladesh is currently on its journey to become a developing country. Furthermore, the Padma Bridge is more than just a bridge; it represents our progress, pride, and superiority. Above all, the fortitude and devotion of Bangabandhu’s daughter Sheikh Hasina have resulted in self-dignity, self-identity, and merit. Bangladesh has also made considerable progress in its quest to become one of the world’s happiest countries.

Sheikh Hasina has had huge success. This will also be evaluated in the future. There will also be research. Sheikh Hasina has triumphed over the tremendous task of the Padma Bridge. Bangladesh has already progressed to the status of a developing country. The Padma Bridge will expedite the country’s progress. This bridge will play a vital role in bringing Bangladesh closer to the developed world. The decision to construct the long-awaited Padma Multipurpose Bridge, which is due to open for traffic on June 25, improved the country’s international image and boosted national confidence.

Bangladesh is such a success story, with its people doing incredible feats. A fresh and inspiring chapter titled “Padma Bridge,” written by Prime Minister Sheikh Hasina has been added to that incredible story. Bangabandhu’s “political will” was important in Bangladesh’s formation.

Similarly, Sheikh Hasina’s political resolve is at the heart of the Padma Bridge’s implementation. It was her unwavering drive to build it, as well as her courage in overcoming many of the adversities that befell it along the road, that allowed the nation to see what it did yesterday: the completion of the bridge’s physical framework. The dream of millions of Bangladeshis has come true thanks to Prime Minister Sheikh Hasina’s innovative and proactive leadership. Pakistan’s Dr Abida Khattak has portrayed the real scenario in her write-up. Thanks to Dr. Malika-e-Abida Khattak. Yes, It’s More Than Just a Bridge!!