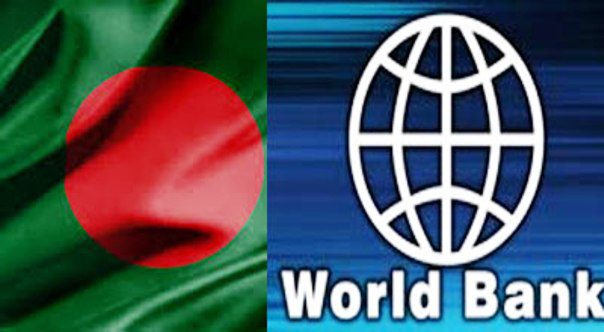 The World Bank recently released and cataloged an item named “Unpacking the Silent Economic Revolution in Bangladesh” under ‘the ICP (International Comparison Programme) publications 2022-21’program on their website. On March 2, 2022, the item was first published in Pakistan’s internationally accepted weekly ‘The Friday Times. Basically ‘The World Bank has admired the economic development of Bangladesh through this ‘ICP Articles’. Bangladesh has become one of the fastest growing countries in the world. In particular, Bangladesh’s achievements in poverty alleviation are worth mentioning. Poverty alleviation is the main task of the World Bank. So, it is also happy with this achievement of Bangladesh.

Hartwig Schaefer, the outgoing Vice-President of the World Bank’s South Asian region, praised Prime Minister Sheikh Hasina for Bangladesh’s economic development. At the same time, he promised that the World Bank would stand by the overall development of Bangladesh. At the meeting, World Bank Vice-President Hartwig Schaefer praised Bangladesh. He lauded the leadership of Prime Minister Sheikh Hasina and said, “Bangladesh is now far ahead of its neighboring countries in various economic and social directions.”

The World Bank (WB)-International Monetary Fund (IMF) Spring Meeting in 2022 lauded Bangladesh for successfully implementing its policies to combat the Covid-19 pandemic and economic recovery from its effects.

However, it’s worth noting that the ICP is one of the largest statistical initiatives in the world. It is built on a partnership of international, regional, sub-regional, and national organizations that work under a strong governance framework and adhere to a set of statistical methodology, and it is supervised by the World Bank under the auspices of the United Nations Statistical Commission.

World Bank catalogued 31 pieces under its ICP Articles 2022-2021’ program at their website to understand the countrywide PPP.

The outcomes of the most recent (2022) round of the International Comparison Program are summarized in these articles (ICP). The ICP is a global statistical partnership that collects comparative price data, compiles precise expenditure values for countries’ gross domestic product (GDP), and estimates purchasing power parities (PPPs) for economies around the world. By converting currencies using PPPs rather than market exchange rates, it is possible to compare the output of economies and the material well-being of their citizens in real terms (that is, controlling for differences in price levels). Many countries in the world takes part in the ICP’s 2022 round in full. The World Bank’s International Comparison Program website has the complete results.

The ICP’s main aims are to:

2) Using PPPs, convert gross domestic product (GDP) volume and per capita metrics, as well as their expenditure components, into a common currency.

3) PPPs are a measure of what an economy’s local currency can buy in another based on the price of a common basket of goods and services in each participating economy. Conversions based on market exchange rates reflect both price and volume disparities in spending, making them unsuitable for volume comparisons. PPP-based spending translations remove the effect of price level variations between economies, leaving only differences in volume to reflect.

The ICP provides reliable global economic data that allows countries to compare their prices, economic size, and material well-being to those of other countries. An economy that participates in the ICP gains access to a variety of capacity-building initiatives that aid in the development of national statistical capacity in the areas of price statistics and national accounts, as well as data collecting and quality assurance.

World Bank included on of the item tilted ‘‘Bangladesh’s silent economic revolution’ out of 31 items for the 2022-21 ICP articles. The article is excellent to understand the socio-economic condition of Bangladesh’

World Bank said trough the article that after declaring independence from Pakistan in 1971, Bangladesh celebrated its golden anniversary of freedom last year. Bangladesh’s image and identity in the international community have evolved over the years. It has progressed from being a recipient of aid to becoming a donor. In the country, there has been a quiet revolution.

The global economy has been destroyed by the Coronavirus epidemic. All of South Asia’s economy, including Bangladesh’s, have been adversely affected. Despite the pandemic, Bangladesh has outperformed the rest of South Asia in terms of economic development. The manufacture and export of ready-made clothing, as well as remittances from expatriates, have helped the country attain this accomplishment in its 50th year of independence.

The World Bank, an international lending organization, has given the South Asian economy a favorable outlook for overcoming the pandemic’s consequences. South Asia’s gross domestic product (GDP) could expand at 7.2 percent on average in fiscal year 2021, according to a report titled South Asian Economic Bounce Back but Face Fragile Recovery. After that, average growth in the fiscal year 2022 may be less than 4.4 percent.

Bangladesh has outpaced its two neighbors, India and Pakistan, in terms of economic development. For the current fiscal year, the government has set a growth target of 6.1 percent, with a target of 7.2 percent for the following fiscal year.

However, Bangladesh exceeded India in terms of GDP for two years in a row, and Bangladesh surpassed India in some social metrics seven years ago. Bangladeshi girls, for example, have a greater percentage of schooling and female birth than Indian girls. Bangladesh has lower baby and under-five mortality rates than India.

India is a massive nation. States like Bihar and Chhattisgarh, as well as Delhi and Punjab, are among them. As a result, the true picture of everyone does not emerge on average. Bangladesh, on the other hand, is unquestionably doing well. As a result of the rise in per capita GDP and wealth, we must consider a variety of social indices.

According to the International Forum for Rights and Security (IFFRAS), an international think tank based in Toronto, Canada, Bangladesh, which former US National Security Adviser Henry Kissinger acerbically referred to as a “bottomless basket case” in 1972, has performed better than Pakistan, the nation it separated from, in the last 50 years.

IFFRAS wrote in an article titled Bangladesh and Pakistan – Formerly One Nation, today a World Apart, published on July 30, 2021, that Bangladesh’s growth rate was far higher than Pakistan’s even before the epidemic, at 7.8% in 2018-19 compared to 5.8% in Pakistan. “Bangladesh became a ‘miracle story,’ whereas Pakistan became a ‘disaster narrative,” the paper says.

This was a hot topic in October of last year, when the IMF predicted Bangladesh’s progress for the first time. There has been a lot of coverage on this in the Indian press. Bangladesh hosts discussions as well.

Kaushik Basu, the former World Bank chief economist, tweeted about Bangladesh. “According to IMF forecasts, Bangladesh would exceed India in per capita GDP,” he added. The good news is that any newly developed economy will prosper. Surprisingly, India has fallen behind, having been 25% ahead five years ago. Now is the time for India to adopt a bold fiscal and monetary strategy.”

The author is an economy, Security and Strategic Affairs Analyst.