politicamentecorretto.com
Home Esteri Why did Bangladesh need to cancel an NGO, Odhikar’s license? 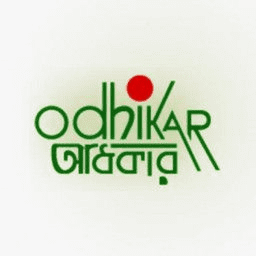 Why did Bangladesh need to cancel an NGO, Odhikar’s license?

The Bangladeshi NGO Odhikar has been deregistered by the Prime Minister’s Office’s NGO Affairs Bureau. The company’s registration renewal application was denied on June 12 due to a bureau application.

The license of the private voluntary organization Odhikar has not been renewed, according to NGO Bureau Bangladesh, due to financial irregularities, foreign grants, moving money into personal accounts other than designated bank accounts, and other inconsistencies.

Despite the government’s claim that Odhikar is required to send regular information on operations, working people, and a list of ongoing projects to the NGO Bureau, Odhikar has not done so in the last seven years. The Bangladeshi NGO Odhikar has been deregistered by the Prime Minister’s Office’s NGO Affairs Bureau. On Judgment Day, the agency submitted an application. The registration of ‘Odhikar’ has been canceled, according to an order issued by the NGO Bureau, for a variety of reasons, including engaging in actions that degrade the country’s image in the international arena. The information required for registration and non-payment of additional fees and VAT imposed by the new law, as well as no response or explanation for objections to the eight financial audit reports of foreign-funded projects, are among the reasons listed on the Odhikar.org website (odhikar.org). Making accusations against Bangladesh and failing to respond adequately to security agency reports on money transaction discrepancies in three projects.

The information that Odhikar has posted on its own website concerning suspected extrajudicial killings, including purported disappearances and murders, has harmed Bangladesh’s reputation overseas, according to the NGO Bureau. To verify the information, the NGO office requests the person’s full name and address. The cause of the case, however, was not disclosed by the company.

Odhikar, a non-governmental voluntary organization in Bangladesh, has been operating without renewing its license for the past seven years. However, the organization is pathetically failing to provide information regarding its actions to the NGO Affairs Bureau. Detailed information on any NGO’s activities, such as the source of finances for conducting activities, updated information about the activities, information about the working individuals, a list of ongoing projects, and so on, must be given to the Bureau of Regular NGOs, according to the concerned. This rule has not been followed by Odhikar.

But, under the guise of a court writ suit, Odhikar is carrying out its activities without informing the NGO Bureau. Officials who are concerned have labeled the situation as illegal.On March 25, 1995, Odhikar, a non-governmental volunteer organization, was registered with the NGO Bureau. Odhikar has made declarations and comments on a number of contentious topics. However, the report’s transparency and the reliability of the data have been questioned at times.

From October 2001 to May 2006, Adilur Rahman Khan, the founder and main leader of Odhikar 7, served as the Deputy Attorney General. By publishing a list of people slain in skirmishes between law enforcement and Hefazat protestors in Dhaka’s Motijheel on May 5 and 6, 2013, the Odhikar NGO generated a big controversy. According to a report released on Odhikar’s website on June 10 of that year, the fighting claimed the lives of 61 Hefazat activists. The report had substantial inaccuracies, according to a preliminary examination by law enforcement. For instance, having the names of five persons on the list many times, adding 11 fictional names to the list, adding the names of those who died of natural causes due to physical disease, adding the names of six people who died outside of Dhaka, and so on.

The Ministry of Information requested a report detailing the list under the Right to Information Act on July 10, 2013, to clear up the uncertainty, but Odhikar refused.Under the guise of confidentiality, the agency refused to submit information to the NGO bureau. In this case, a case was brought under the Information Technology Act against Adilur Rahman Khan, Odhikar’s General Secretary, and Nasir Uddin Allan, Director. The Dhaka Cyber Tribunal is hearing the case.

According to media sources, the NGO Bureau’s rights have discovered several severe anomalies in the NGO’s actions. In violation of the law, the corporation operated eight accounts, including two personal accounts. The NGO had eight audit objections when it applied for re-registration.The NGO bureau was warned by the government’s security agency about bad activity and discrepancies in financial transactions in Odhikar’s three initiatives. The bureau later demanded an explanation several times, but Odhikar was unable to produce one that was adequate. Odhikar failed to submit the project report to the local administration every year and at the end of the project time, despite the fact that it was required.

Many people believe the Bangladeshi government would remove Adhikari’s license if it continues to hide its human rights abuses from the international community. That is not the case, however. The United States has sanctioned RAB and its top seven officers. The United States may rely on unsourced statistics from the human rights organization. Bangladesh, on the other hand, has been warning the NGO about its negative operations for years. The organization, on the other hand, did not believe it was necessary to hear the proper authority’s procedural orders. However, if the group’s license is removed as a result of the RAB sentence, it’s possible that the incense will be canceled as well. On the other hand, that’s a very different tale. As a result, tying the RAB sentence to the Odhikar situation is inexcusable and irresponsible.It is a Bangladeshi human rights organization that has been aiming to damage Bangladesh’s image by supplying and disseminating misleading, erroneous, and unjustified facts to the Bangladeshi people and the rest of the world.

Even the money’s origins are unknown. Some powerful interests in Western countries may be able to donate money to human rights groups. The group spreads false information regarding the human rights situation to international human rights groups. As a result, it’s easy to deduce that it promotes the interests of people with vested interests. As a result of recent US sanctions against RAB and its seven executives, some speculate that Odhikar could be pursued by Bangladeshi authorities.They should keep in mind, however, that the human rights organization has been working in Bangladesh for several years without their license being renewed. Every organization and individual has the legal right to work in the country, but the government must legalize it. Odhikar, being a company, is required to follow the country’s standards, rules, and laws. Many people believe Bangladesh is powerless to cancel the organization’s license. But why is it the case? Is Odhikar operating in defiance of Bangladesh’s legal system? Odhikar will not be able to do so if he follows the proper protocol. Authorities have issued many warnings. Isn’t seven years sufficient? On the other hand, no one, even organizations, has the authority to deliberately smear a country’s image by supplying and disseminating false information.

Has the organization right to tarnish the image of the country by disseminating misinformation about the human rights issue in the country?

Because they are financed by contributors, they are naturally loyal to the organizations that supply the funds. Even huge non-governmental organizations rely on donations, and they struggle if they don`t get the cash they need. This is exactly what happened throughout the pandemic.

NGOs were largely inactive throughout the outbreak. The NGOs were unable to offer much funds because the western world was also suffering from the pandemic`s effects. There is a limitation in this sense.

The methodology utilized to collect this data has been questioned. The procedures utilized by data collectors are not accurate. They employ an ineffective methodology. They must produce and share the data with the appropriate authority if they are truthful in their data collection method. That, however, was not the case. This is also a stumbling block. What are the stumbling blocks? I believe they have a nefarious motivation. Critics must remember that the Bangladeshi authority did not make a mistake in this regard. The group`s license is revoked for legitimate reasons.