politicamentecorretto.com
Home Esteri What should be ‘The Irrawaddy’s role in Rohingya crisis solution between Bangladesh-Myanmar? 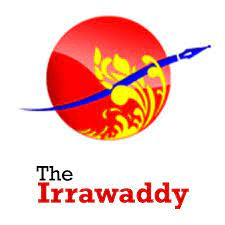 What should be ‘The Irrawaddy’s role in Rohingya crisis solution between Bangladesh-Myanmar?

Newspapers and news portals have been the most conventional and popular medium of conveying local, regional, national and international news to the readers. Newspaper serves us the latest happenings in different parts of the world through a network of correspondents and news agencies. The national dailies employ their correspondents and reporters in all the major cities of the world. The major news portal in Myanmar’s Irrawaddy would shape and influence the views, opinions and attitudes of millions of readers across the glove specially throughout South and Southeast Asia, Myanmar. It can be the guardians of liberty, civic and human rights in the Southeast Asian region.

In this modern age newspapers play a very important role in promoting commerce, trade and business. Big corporates and industrial houses promote their products by giving spacious advertisements in newspapers. Classified advertisements, important public announcements and public notices also constitute the important content and material of newspapers. Sports, educational and campus news, dance drama, cultural activities and fine arts are some of the necessary features of all leading newspapers.

The common masses can express their resentment, appreciations and criticism of the policies of authorities. The radio and the TV may have many other attractions but the inquisitive nature of man remains unsatisfied till he goes through the columns of newspapers.

The Irrawaddy is published in both English and Burmese, with a primary focus on Burma and Southeast Asia. It is regarded as one of the foremost journalistic publications dealing with political, social, economic and cultural developments in Burma. In addition to news, it features in-depth political analysis and interviews with a wide range of Burma experts, business leaders, democracy activists and other influential figures.

But it’s a matter of sorrow that Irrawaddy’s role regarding Rohingya refugee crises is not much sufficient. Although it is vocal in favor of the democratic rights activists in Myanmar. But in case of Rohingya refugee crisis, it has not been playing sufficient role in circulating news, articles, opinions, write-ups massively to create public opinion and help mount international pressure on Myanmar junta. It plays a biased role. In the rights of Rohingya refugee issue, it always remains silent but it is very vocal towards the democratic protestors. But it should remember that Rohingya issue is also very important issue in not only Myanmar but also South and Southeast Asia. Irrawaddy should not focus not only on the Burmese people’s movement but also Rohingya people’s rights. It should and must play a very important role in resolving Rohingya refugee crises. It must publish some pertinent news, reports, articles related to Rohingya refugees. It has been publishing many write-ups regarding the Myanmar crisis and its solution. It is true that its writings can impact all southeast Asian leaders including Myanmar’s leaders to think about the regional issues.

But it’s really a matter of disappointing that the Irrawaddy has not been playing its due role. It seems to us that the Irrawaddy has not special interest in publishing the Rohingya affairs write-ups because it promotes the interest of the major Burmese. But on the Rohingya issue, the Irrawaddy must come out of the Pandora box. They must understand, remember and recognize that Rohingyas are also the people of Myanmar. For example, Irrawaddy always publishes news, articles regularly on many issues. But if we focus on Rohingya issue that it has few articles on the Rohingya. There is only one write-up on Rohingya issue in a month or there is no write-up in a month!!!! But as a promotor of ethical journalism in Myanmar, the Irrawaddy should have the great role. If we find some news links on the Irrawaddy, any one can understand the matter better.

https://www.irrawaddy.com/opinion/guest-column/the-rohingya-situation-on-myanmar-bangladesh-border-is-getting-more-dangerous.html (It was published on January 22, 2022)

that Irrawaddy can play a strong role in this regard.  Accordingly, Myanmar’s Irrawaddy can and must play a very significant role to solve the crisis in these such ways:

Irrawaddy is a very fine and excellent newspaper in South East Asia. The accuracy, credibility and acceptability of publications of Irrawaddy is very high. So, it should create public opinion in favor of Rohingya crisis repatriation to Myanmar on humanitarian grounds.

we would appreciate the role of the ‘Irrawaddy’ regarding the ‘Media Coverage of Rohingya Refugee Crisis in South East Asia’. We hope, the Irrawaddy will continue it. One day, policymakers in this region will understand this. The Rohingya refugee would be solved one day and the whole region will be stable. We think that the role of the Irrawaddy would be very positive and sufficient in this regard. The Irrawaddy should be on the right track. As the Irrawaddy is an outspoken I favor of the democratic rights in Myanmar and strident critic of human rights violation on Burmese by the Myanmar military, the news portal must show the same stance in favor of the Rohingya rights and oppression.