You can taste “arrosticini” in all of the four Abruzzo provinces. Hard-to-pronounce and equally hard to resist. Let’s make them with Pasqualino.

Pasqualino and Anna Maria Di Giorgio have been married for a long time, happy couple with grandchildren living in my hometown of Mosciano Sant’Angelo in Abruzzo, Italy. Anna Maria is an excellent cook, and I am always intrigued by her traditional recipes and pics.

In town, her “compagno di vita” Pasqualino ranks among the finest arrosticini maker. During one of my cooking tours, I invited him to show off his magic to a group of Americans who had never seen the procedures and the steps that make the dish so unusually simple. Still, as in all Italian traditional regional cooking, the quality takes precedents over everything else. Cooking is a serious business.

Here in the States, lamb is a popular protein among certain ethnic groups and several American states, such as Tennesse, which raises some of the finest quality. We like our French-trimmed rack of lamb, the mint-jellied lamb chops (famous in the 70s), and the roasts, but the arrosticini aren’t present on our daily culinary conscience.

The lamb skewers featured in this writing epitomize Abruzzo’s typical dishes. From the mighty mountains to the Adriatic coast’s pristine waters, every trattoria, bars, restaurant, and even gas station, the arrosticini, unique scent, and taste lingers in the air on every passionate and educated palate. Also, there is an interest in consuming these little succulent snacks and occasionally main entrees behind the national borders. (Countries from the former Soviet Union bloc cook mutton routinely).

But what are the origins of arrosticini?

There are several historical versions, often in contrast with each other, and respectively attribute this tasty dish authorship to two provinces: Pescara and Teramo, both in Abruzzo. It seems probable that the shepherds of the area between the valleys and mountains of the Gran Sasso “invented” the roasted delicacies, cutting the sheepmeat into cubes and alternating it with small pieces of fat for a more varied and tasty flavor. They inserted the meat into long wooden sticks and used a metal gutter filled with charcoal for the cooking procedure.

Even today, the grill typically used to cook arrosticini is also called “canala” due to its shape similar to a gutter channel. As far as birth dates, shreds of evidence refer to the 1930s as the most likely.

According to the historian Francesco Avolio, the territory of origin would be the municipalities of the Voltigno area, namely Farindola, Villa Celiera, Civitella Casanova, Civitaquana, Catignano and Pianella. Initially, the Teramo area included these villages and towns, but after geographic resettlement in the 70s, Pescara became the host province for all of them. Other discoveries attribute the origin of the arrosticini to the Vomano valley and the Teramo side of the Gran Sasso mountains, between Tossicia, Montorio Isola del Gran Sasso.

In any case, you can find arrosticini throughout the region, including in the Chieti and Aquila areas. Whatever the case, when it comes to food, Italians are not likely to agree, based on provincial parochialism and its historical division through time. A nation that produces 2,500 cheeses will not compromise very much or very often.

The arrosticini represents the heart of the local communities’ culinary expression and religious celebrations and wrongly attributed to the shepherd’s “Transhumance” as believed in the past.

Over time the arrosticini have changed following generational taste. Red mutton meat initially was the ingredient of choice, but today other variants made with pork, turkey, and chicken appear popular. Over the last few years, some liver-filled arrosticini have popularized (in the Abruzzese dialect called “fecte”). To obfuscate the liver’s intense flavor, bay leaves and wedges of sweet onion can alternate within the meat’s layout.

Let’s find out how Pasqualino make his arrosticini.

He begins with smokeless live embers and gently places the lamb skewers on the grill to roast for a few minutes. He turns the skewers on all four sides for one minute on each side because of the meat’s square shape, resulting in moist and tender meat and not burned, with crusty bits on the flesh.

The preferred meat is mutton and sheep, but you can use lamb as an alternative, the latter being more delicate and less powerful on the olfactory.

1) If you would like to improve on the taste, a simple marinade made with spicy olive oil, minced rosemary, and a dash of black pepper will do the job.

2) Always a generous amount of salt to complete the task.

3) He advises using wedges of lemon to help cut through the fat present in the meat.

4) If you are in Abruzzo and want to impress your Abruzzesi friends, please do not use cutlery to eat them.

5) Tradition dictates that you remove the meat from the wooden stick with your mouth, pulling it from the side. Slightly unusual but effective. Occasionally you will puncture the inside of your mouth. Just kidding!

6) If you do not have a grill or barbecue and cannot cook them on the grill, you can opt for the home oven, even if the result will be very different.

7) If you don’t own an arrosticini grill, cut an old water gutter on one side, flatten slightly, and fill it with charcoal. Rest the skewers across, and start the roasting. It works very well.

8) The proper ratio of lean meat and fat makes the difference in the taste and the type of charcoal or wood used.

Some curiosities about Abruzzo arrosticini include their name, which has changed through the years—initially called “rustolle” or “rustelle” (small roasts), in dialect, until they arrived in the Vestina area. From then on and for commercial purposes, the word “arrosticini” replaced the slank pronunciation.

Lastly, there are two types of arrosticini: those produced commercially, in which the meat appears in perfect cubes, and those produced manually or irregularly hand-cut in size. The first type involves arrosticini made up of cubic pieces of meat of about 1 cm (3.9 of an inch) per side, threaded onto a wooden skewer up to eight inches long.

Thanks for reading. Eat safe and wear a mask! Ciao Chef W

Note: The views and opinions expressed in the Flavors and Knowledge newsletters are those of the authors and do not necessarily reflect Flavors and Knowledge’s official policy or position. Our blogger’s or authors’ content is of their opinion and not intended to malign any religion, ethnic group, club, organization, company, individual, or anyone. Any general advice posted on our blog, website, or app is only for informational purposes and not intended to replace any medical or other advice. 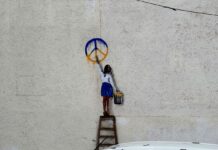 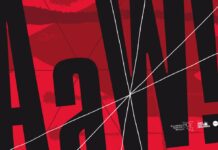