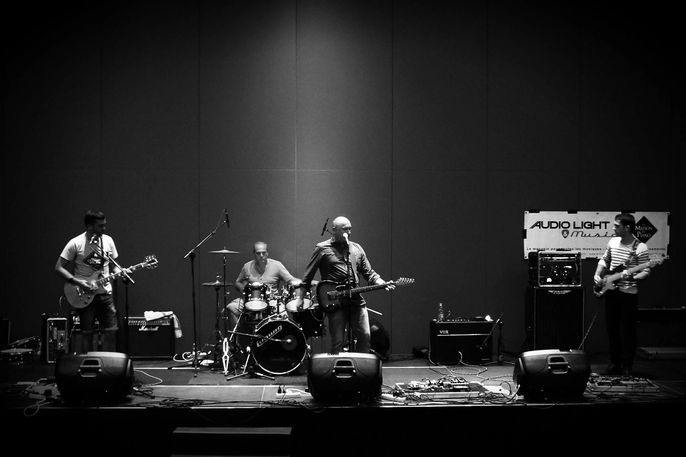 The French quartet TIME ZERO was formed in 2011 with the ambition to focus on their own creations. On voice and guitar, Dominique, and Yannik, on drums, support the next generation, in this case their sons Raphaël and Yann, guitarist and bassist. A family story that creates a magical osmosis.

Since their debuts, Yannik and Dominique have shared musical experiences in various groups such as the Marshall Band (which opened for Little Bob Story and the Dogs) or Dame Scarlett. Raphaël is also a member of the electro-pop combo Mirage Club.

Although they regularly perform live locally, it is in their studio that the members of TIME Zero have been fully dedicated in recent years to refining the best versions of their songs, and offering, with this 1st album – New World, 10 tracks with intricate patterns that give texture and cohesion to the work. TIME Zero fully embraces its English influences and offers its pop/rock vision full of emotion and creativity.

“New World” was recorded in 3 sessions at Le Cerisier studio in Toulouse. Between hard rock (Flowing Down/ Got to Know/Heaven/Loving to Hate), melodic pop (Better Days/Abroad/New World) and atmospheric ballads (Believe/Money and Screens), the music scene is rich, diverse, easy to listen and addictive.

In this new interview, we talk with the band about their new release, inspiration, music influences and future plans. Check it out bellow:

What can you say about this new album? New World, our 1st album, is the best of we wrote and arranged in the last 10 years. It took times but we have selected our 10 most memorable songs. New World contains some catchy choirs. We wanted It to be interesting and easy to listen.

What is the meaning of the record name? It is related to the 8 th song of the album: New World and also, the picture of the cover. It’s about changing times. Some of us are aware that we need to move to a New World. We need to take care of the planet, take care of each others. We have no choice.

If you had to pick one song, which one would you pick? Flowing Down and Got to know are probably the most catchy but I am proud of each of them.

Is there a special message in this album? If there is what it is? Turn back to your ego and reach your soul!

Which inspirations have been important for this album?  Pink Floyd, Marillion, Radiohead , ACDC are musical inspiring sources for us. But love/hate, life/death, society/loneliness, soul/fears are through the songs.

How Did You Meet? I met Yannik the drummer, long time ago. We played in another band with his brothers. Concerning Yann and Raphaël, it was easy to meet them since they are Yannik’s sons. 2 generations drive TIME ZERO.

What next for the band? We are having rehearsals for a local tour starting beginning of 2023.

What’s Your Songwriting Process? Most of the time, I write lyrics and music. Once I have a satisfying 1 st version of the song, I share with the band. Each of us is responsible of his part. But it’s a collective and creative process that brings the songs to another level. Sometimes, it’s a collective process as of beginning. Except for lyrics, I always write.

Something to add? Listen to New World, it’s so addictive! 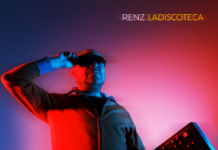 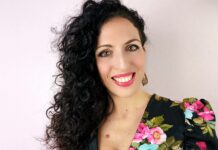 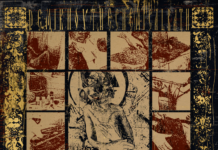