politicamentecorretto.com
Home Esteri PM Hasina’s Speech at the Inauguration of the Padma Bridge 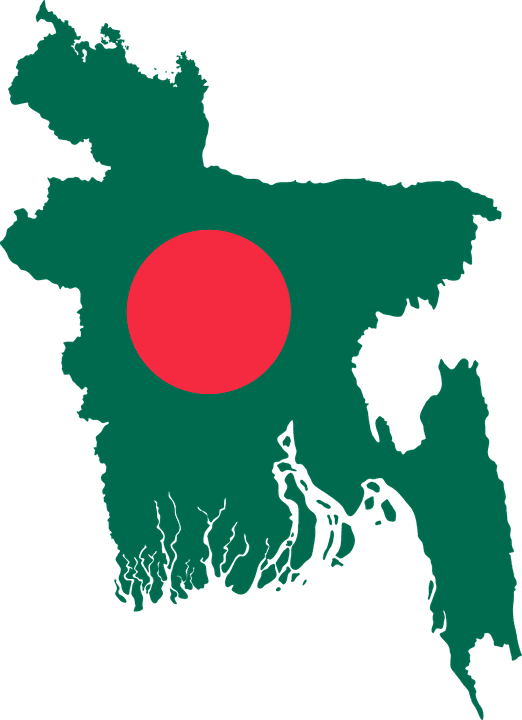 PM Hasina’s Speech at the Inauguration of the Padma Bridge

Finally on 25th June, 2022 Bangladesh has inaugurated the Padma Bridge, country’s most anticipated infrastructure project. The grand ceremony took place at the bridge premises. The ceremony started at 10:00 AM in the morning. The Prime Minister of Bangladesh, Sheikh Hasina as the chief guest of the ceremony took the podium at 10:49 AM and gave 34 minute long speech. During her remarkable speech, Sheikh Hasina talked about the past, present and the future of Bangladesh and its economic development. It is worthy to translate the speech for the understanding of the larger audience. So, I have translated the speech and the transcript of the Speech as follows:

Assalamu Alaikum and Greetings to Everyone. We are standing at the historic moment as Bangladesh is going to inaugurate the Padma Bridge. I give my sincere gratitude to my sister, my children and nephews and my family members. We achieved our independence as a great nation under the great leadership and contribution of Father of the Nation Bangabandhu Sheikh Mujibur Rahman. I pay my great respect to the freedom fighters, the people who laid down their lives in 1971. It is a grief that I lost my family members and other officials who fall victim on the 15 August of 1975. They were brutally killed.

I am grateful to the people and professionals who are involved in making of the Padma Bridge including law enforcements and engineers. I must mention the efforts of Late Engineer Jamilur Rahman. Many conspiracies, false allegations of corruption as well defamation by the World Bank and its companions posed challenges to the project. The name of my family and officials were tarnished by the conspirators. It was an excruciating experience for me and my family members. All these allegations were false and national and international courts have ruled in favor of us that these allegations were grotesquely false and were carried out only to challenge our independent position. But with the help of my countrymen and experts we overcame these challenges. So, I pay my humble gratitude to all the people, engineers, professionals, government officials, my countrymen who gave me courage to take such a bold decision. It has not been possible to construct the Bridge without their help and continuous supports. Special thanks to the people of the banks of the Padma River, who gave away their ancestral lands for the Bridge without a second thought. In return, we compensated and rehabilitated them, but their sacrifice has no price that we could repay in monetary value. I know that countrymen are feeling proud and happy on this auspicious moment, so am I! Together, we overcame the conspiracies and made the dream come true.

It is not only a Bridge, but also a source of hope, courage and friendly warm relations of the people of the two banks of the people in the region. It is a monument of pride; it is a symbol of our dignity, capacity and emotion. It is also a symbol of our passion, confidence, creativity as well as courage. After many conspiracies, ill-allegations, lastly we have been able to do it thanks to our courage and confidence. It is a symbol of the strength that Bangabandhu gave us. In this occasion, I remember the poem of Sukanta (A famous Bengali Poet), “The world looks astonishingly. Well done! What we have done, Bangladesh! Damaged, shattered, yet will not back down!

Bangladesh never backed down, never will. Bangabandhu taught us how to keep our head straight. He made us learn to stand with dignity and pride. We struggled 23 years under tyranny of Pakistan. After independence in 1971, Bangabandhu went Japan and asked Japan for the construction of Padma Bridge. He heralded the infrastructural drive of Bangladesh. Then, Japan ran the feasibility study also. But the heinous event of 15th August stopped further process. Later, when we came to power in 1996, we resumed the Jamuna Bridge project. In 1997, I went to Japan and asked them to build bridge to connect the southern part of the country. And eventually, Japan fulfilled their promise and built Rupsha Bridge. Then, in 2001 BNP government came to power and started a new feasibility study but after finding out that our plan was the best, they nullified the feasibility study. In 2009, we took the initiative to construct Padma Bridge after coming to power. On the 22nd day of our regime, we set up committee and hired experts to develop the design. The World Bank agreed to finance the construction. But a local MD of a bank with strong western link developed an enmity with the government. He was holding the position illegally and later also lost a lawsuit. After that, he took out his anger on the project and the World Bank backed out. Later, it withdrew financing placing the false allegation of corruption. Some of our civil society and economists also took part in the conspiracy. However, I challenged them. And later the Canadian court also found that the World Banks’ claim as null and void.

I just want to say that this is our country and its prosperity is our responsibility. Even if some vested quarters try to tarnish our reputation, we will not back out. I declared in the parliament that we will made Padma Bridge with our own money. The people of Bangladesh responded greatly to our decision.  They even came forward with their donation. I thank them. I thank the engineers who took the burden on their shoulders. I thank foreign agencies who provided their service. My father (Bangabandhu Sheikh Mujibur Rahman) taught us how to stand with dignity. And we will follow it.

Today, I have no complaints against anyone. Those who have opposed the project should acknowledge our contribution. Once an international journalist asked Bangabandhu about how he would reconstruct his war-torn Bangladesh. Bangabandhu replied that he would do it with the land and with the people. Today, we followed the exact way and materialized the Bridge. Our economy is still doing better. Today, we have proved ourselves to the world that we are the proud sons and daughters of this land that our Father of the Nation Bangladesh, Bangabandhu Sheikh Mujibur Rahman. I salute the people who are the sources of my strength.

My fellow countrymen and women, our government also extended their warm hearts by providing money and courage. Some people thought that we will be remained dependent on the other. But, people responded and their courage and boldness gave us the strength to look forward. Now, I have no complaints to those people who made conspiracy to halt the project. The courage has come from Bangabandhu. Bangabandhu told that our people and soil are the sources of our strength. Across the world, Bangladesh has proved that Bangladesh had made victory. I pay my salute to the common people of Bangladesh.

The task was not easy. The Padma has the second strongest current in the world after the Amazon River. It is very much unpredictable. So, there were big challenges to construct the Bridge. But, we did not make any compromises in term of capacity and strength. We have used world class technology in the project. I believe, it will add new enthusiasm to the study of civil engineering. The capacity we have made from the project will help to construct other bridges and our engineers will contribute at home and abroad.

The Bridge will contribute to the communication both in the waterways and land. It will make revolutionary changes in the railway communication. All vehicles above and under the bridge will easily commute. For that, we have dug the deepest pile in the world to make the bridge. We dug 122 meter for a pile. We also took latest technology to withstand earthquake.

River governance was another challenge. We took measures to protect both banks. We also developed Mawa-Zanjira route which will also have ramifications for regional connectivity. We also ensured routes for water vehicles. Water vehicles can pass through 36 of its 41 pillars. We had to go for land acquisition of 6509 acres from three districts.

We have taken rehabilitation, reforestation, reserve forest and other ecological as well as measures for ensuring sustainability. It will increase communication, business, productivity, and growth. I believe that it will increase more than 1.2 % of GDP. It will contribute to the regional business, energy cooperation and increase trade, economic zones and connectivity. After the completion of the megaprojects, the Padma Bridge will make our economy more dynamic especially for the local economies of the 21 South and Southwestern districts.

I believe it will also contribute to poverty alleviation. Now we are developing new economic zones, high-tech parks and industries. We are promoting regional trade and commerce. We are building power plants in several districts. We want to boost the local economy.

At the end of this year, hopefully we will open the Karnafuli Tunnel. We will complete some parts of Metro rail by 2023 and the Rooppur nuclear plant will also be operational by then. We are working on elevated highway and Payra plant is already operational and producing electricity which will increase more in future. So, our economy will grow more in coming days. It will be more stable than ever.

After the event of 15th August, I lived in exile as a refugee for six years. I came back to the country as the people wanted. I had one aim, to ensure betterment of the country. I believe I have the blessings of the people and my parents. Otherwise, I couldn’t do such miracles because I was also a typical Bengali woman. But I could, because you blessed me.

Anyway, those who oppose the betterment of the country, I hope you become patriot. You grow a sense of responsibility. We are doing praiseworthy in economic affairs and the fruit of this should reach the households of all the corners of the country. We celebrated the birth centenary of the Father of Nation Bangabandhu Sheikh Mujibur Rahman in 2020. We celebrated Golden Jubilee of independence in 2021. In the same year, we also received the good news of LDC graduation from the United Nations. By 2026, we will graduate as a developing country. We aim to become a developed nation by 2041. We are also developing strategies so that the people of Bangladesh can have a sustainable future by carrying out the Delta plan-2100.

The Bengali nation is the nation of heroes that shed blood on many occasions for freedom and justice. Dear countrymen and women, let me reiterate on this occasion that “You kill us once, we take birth twice, a new sun is bound to rise and we will write new histories in its light”. Joy Bangla, Joy Bangabandhu!

Author Bio: Doreen Chowdhury is a doctoral researcher at the University of Groningen