politicamentecorretto.com
Home Esteri ASSAD IN THE UAE: A WATERSHED MOMENT FOR THE SYRIAN THAW?
Advertisement

ASSAD IN THE UAE: A WATERSHED MOMENT FOR THE SYRIAN THAW?
The MED This Week newsletter provides expert analysis and informed insights on the most significant developments in the MENA region, bringing together unique opinions on the topic and reliable foresight on future scenarios. Today, we turn the spotlight on Syrian President Bashar Al-Assad’s visit to the UAE, his first trip to an Arab country in over a decade.

As Moscow becomes increasingly isolated in the aftermath of the Ukraine invasion, Russia’s key ally in the Middle East is enjoying a moment of renewed diplomatic activism. On March 18, Syrian President Bashar al-Assad travelled to the United Arab Emirates on his first trip to an Arab state since the outbreak of the civil war. Assad’s visit was but the culmination of a process that has been unfolding for years and has gained momentum in the past few months. Abu Dhabi is at the forefront of the attempt to rehabilitate Assad. After backing the Syrian opposition early in the conflict, the UAE was one of the first countries to reopen its embassy in Damascus in 2018. This position is backed also by Egypt, whose President has repeatedly expressed support for Assad in the past years. Both countries have been vocal about Syria’s readmission to the Arab League, but some member states – including Saudi Arabia – still refrain from embracing Damascus’ reintegration. If Assad was to attend the Algeria summit scheduled for November 2022, this rehabilitation process would reach a turning point. This issue is similarly contentious beyond the Arab world. As a key player in the Syrian civil war, Turkey fears that such regional support might embolden Assad. The European Union and the United States have been staunchly opposing the normalisation, but it is unclear how far they would go to prevent it. 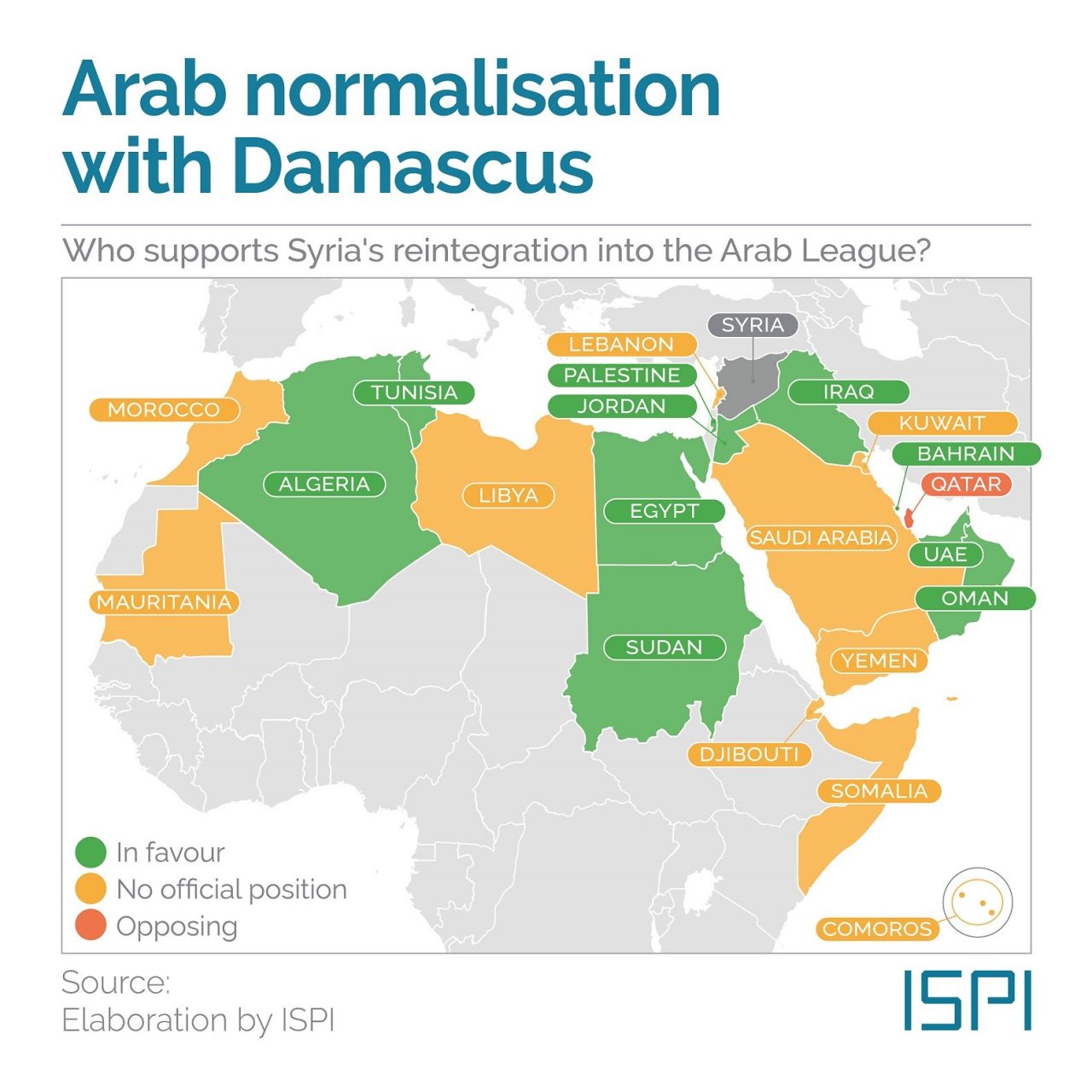 The experts of the ISPI MED network react to the recent developments in the Arab normalisation with Assad.